When you try something new, sometimes it doesn’t go so well. A week ago, it was looking like I wouldn’t see so much as a drop of maple sap coming out of my taps. There was more than a foot of snow on the ground, and although the temperatures seemed perfect, nothing was happening.

It was a first-time venture for me, an experiment in something I’d only heard about. My preparation was minimal; an afterthought, really. I’d read once about tapping birch trees, and since we were heading north for spring break, I thought I might give that a try. Turns out the birch sap doesn’t run until after the maple sap, and the boil-down ratio is anything but favorable: 80:1. Upon learning this, my attention turned to tapping the scant maples in our area, whose sap-to-syrup ratio is more like 40:1, and whose sap run appeared to be all but certain. At least that’s what the weather forecast intimated. I hastily obtained some bags, taps, and 3 bag holders before we left home. 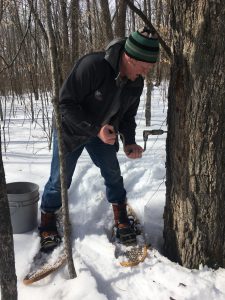 We arrived in central Itasca County and taps were installed Monday afternoon on some of the bigger Red Maple (Acer rubrum) trees around. The forecast for the next five or six days called for overnight temperatures in the 20s and daytime temperatures in the 30s and 40s, which is reportedly perfect for collecting maple sap. Tuesday afternoon, however, under sunny skies and 40-some degrees, I found my taps were dry. Wednesday afternoon, nothing had changed. Hope for my new hobby was waning as fast as the snow on the ground. I went out Thursday- the first full day of spring- expecting more of the same, but was pleasantly surprised to see sap in my bags. I had expected a trickle at first, but amounts in the following days were similar. It turns out my taps had quite simply “turned on” all at once. By Sunday morning, the combined amount of sap from my three trees was a little more than 2 gallons.

Upon arriving home, I set out to reduce the sap into syrup. There were tiny bugs and general grit in the sap, and Don, our “neighbor up north,” suggested I pour the sap through a dish towel to strain those things out. That worked perfectly. I have since learned that there are food-grade filters that can be used. But that’s just one more thing to find and buy, and I might not bother unless I do this on a larger scale in the future.

From what I’d always heard, maples that aren’t Sugar maples (Acer saccharum) give sap that needs to be reduced down at a ratio of approximately 40:1 to make syrup. So I measured out all the sap to find that I had 2 gallons and 22 ounces, or 278 ounces, which, when divided by 40, should give me approximately 7 ounces of maple syrup. While I knew I wouldn’t be swimming in syrup, this small amount for a week’s worth of effort confirmed for me that this was “just for fun.”

Now, I wanted to taste this syrup in its most pure form. So while most people will do the evaporation outside over a fire, I boiled my sap on my stove to avoid giving it a smoky flavor. The exhaust fan above my stove was set to high, and I turned a fan on in the kitchen to keep the air moving and hopefully avoid condensation on the walls and cabinets. It worked. And after approximately 4 hours, 278 ounces had been reduced to 13. 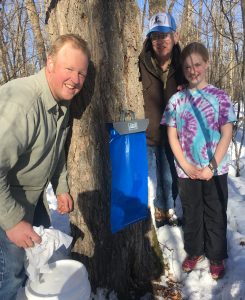 At that point, I poured the watery amber liquid into a much smaller stainless pot and re-measured it often. In less than 15 minutes, I had my 7 ounces, and poured it into a half-pint jar. It’s now in the fridge waiting to find its final resting place atop some waffles or buttermilk pancakes.

Along the way, I came to realize this is a perfect outdoor activity for kids. I have observed that when kids get to eat what they harvest, whether it be berries or mushrooms or fish or whatever, it captures their attention and brings both the wide outdoor world and the nebulous concept of our food supply into real terms in front of their eyes. Indeed, my own two kids were very interested and involved in this process. They were eager to offer their help and always wanted to know what was happening. They showed me that this was way more than just having maple syrup one day at breakfast. I highly recommend making your own maple syrup as a cheap, accessible way to introduce kids to the outdoors and to help them think about how our food is procured and produced.

Cost of This Activity: 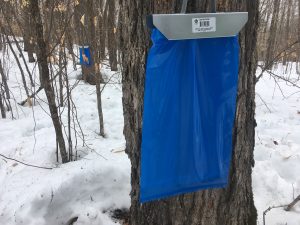 $7.99 for a package of sap collection bags

$28.93 to try something new and get one’s kids into the outdoors is not unreasonable; I would do it again in a heartbeat. If I’d known my efforts would be successful I might have tapped more trees, but I did consider this a first-timer’s experiment. It should come as no surprise that the internet has many resources for information and equipment. Tap My Trees is a great place to start. I will be going to them when I want to augment my tapping supplies.

If you’d like to try making your own maple syrup, first identify your opportunities to access trees- it might not be as hard as you think. If you know anyone with a small acreage or an old farm lot, there could easily be maple trees there. We also had sugar maples in our yard when I was growing up, and my in-laws have two humongous silver maples that could easily accommodate 3 taps each. Our next door neighbors have tappable silver maples as well. Anyway, sugar maples are optimal, as their ratio of sap to syrup is the most favorable, but any maple will produce sugary sap. What’s important is just giving it a try if you’re interested, and if you can, involve some kids along the way. 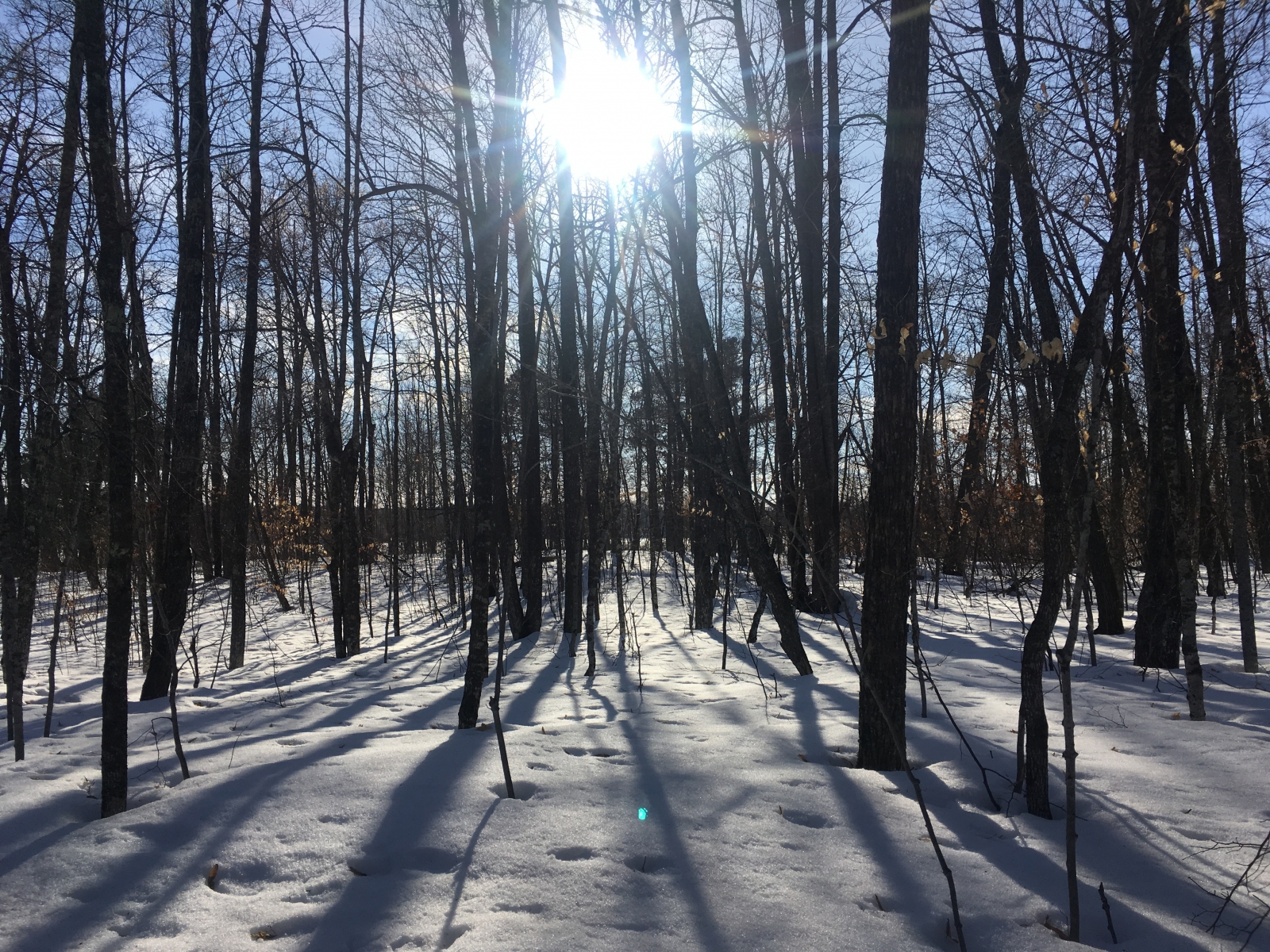 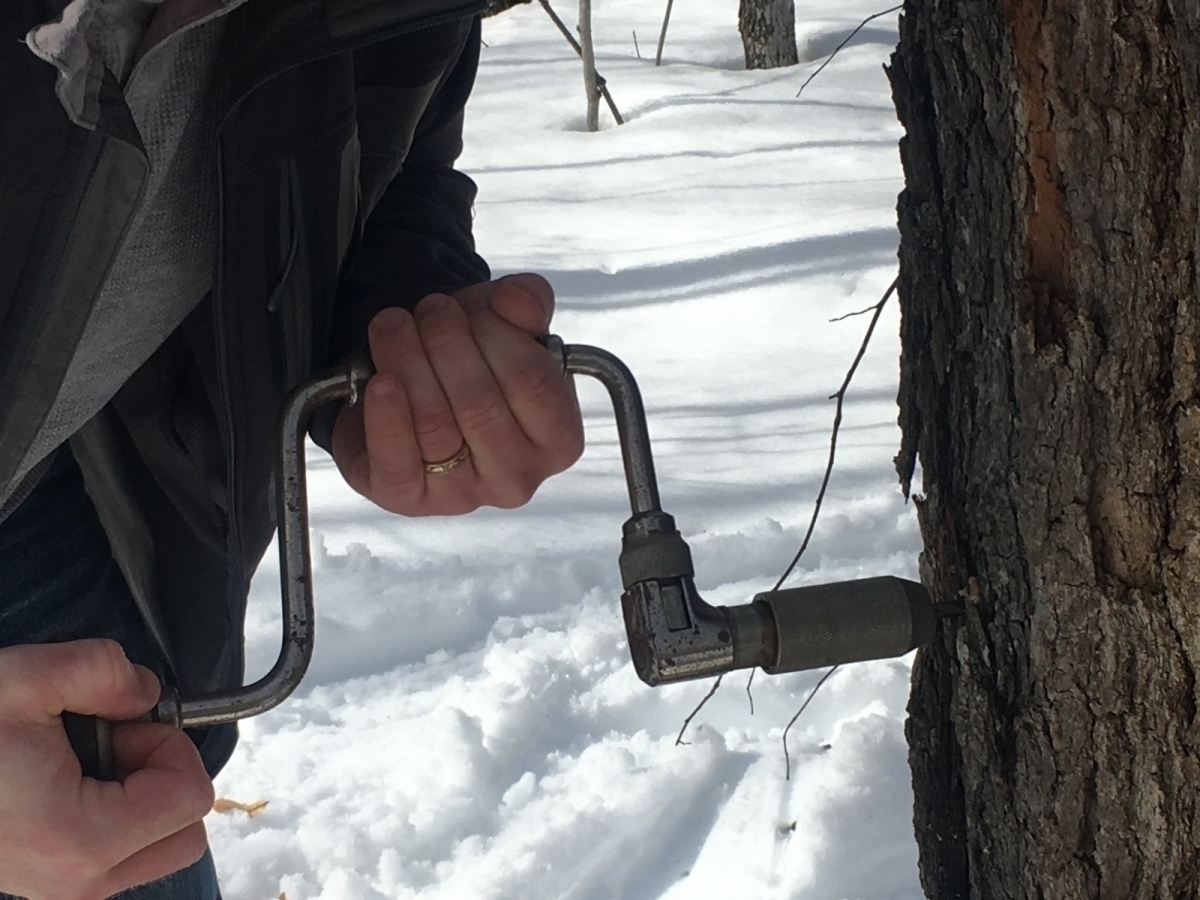 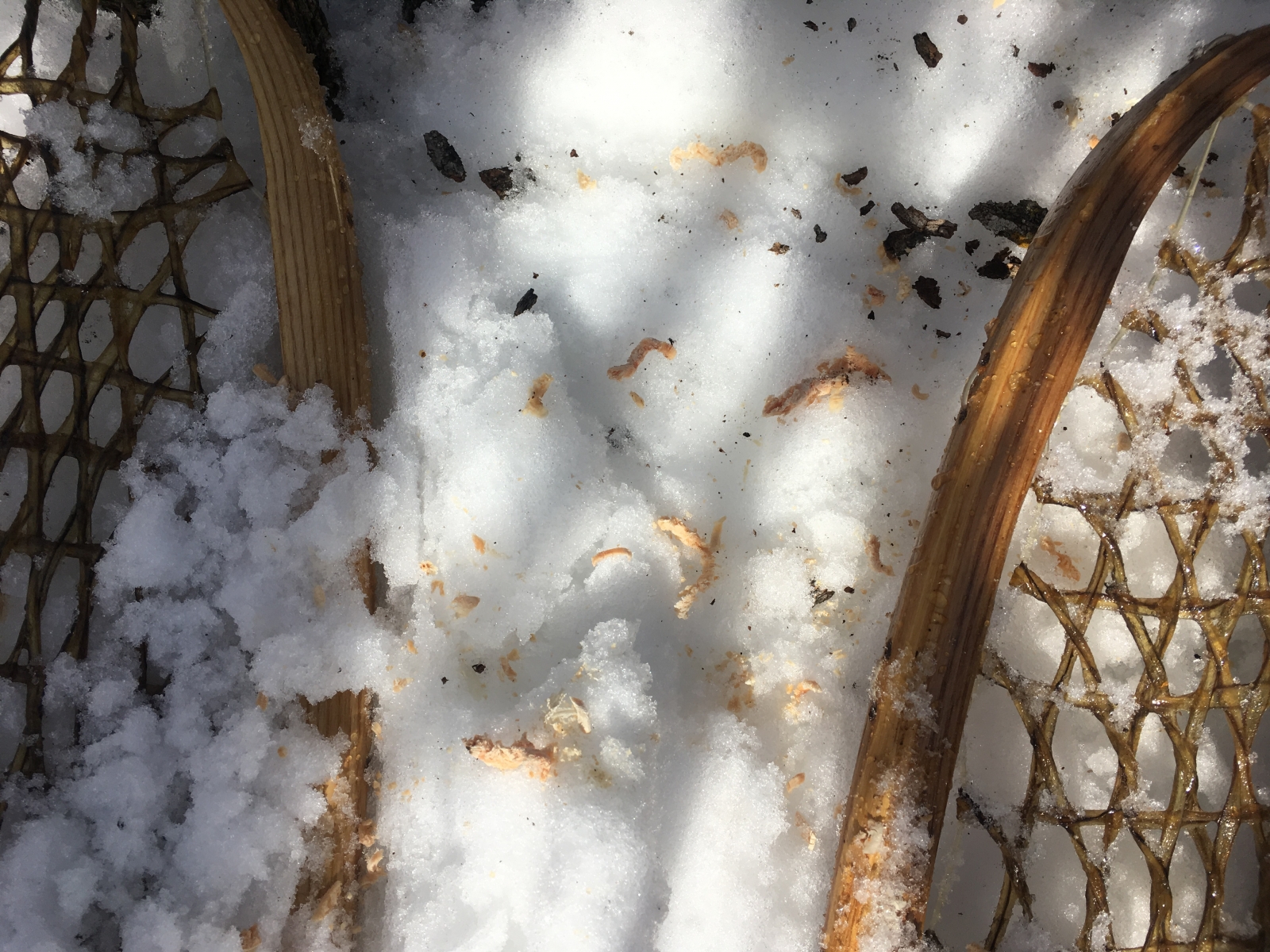 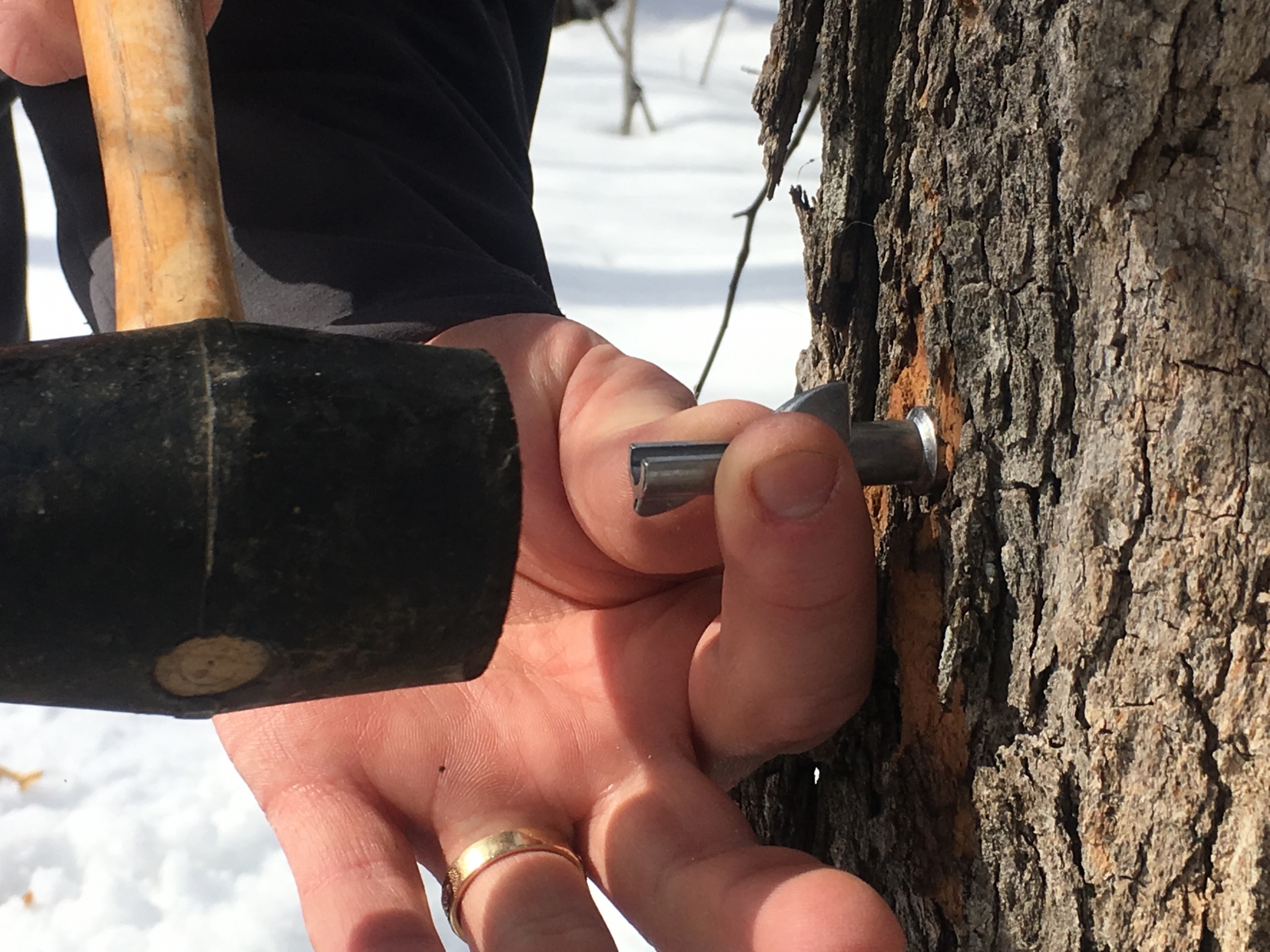 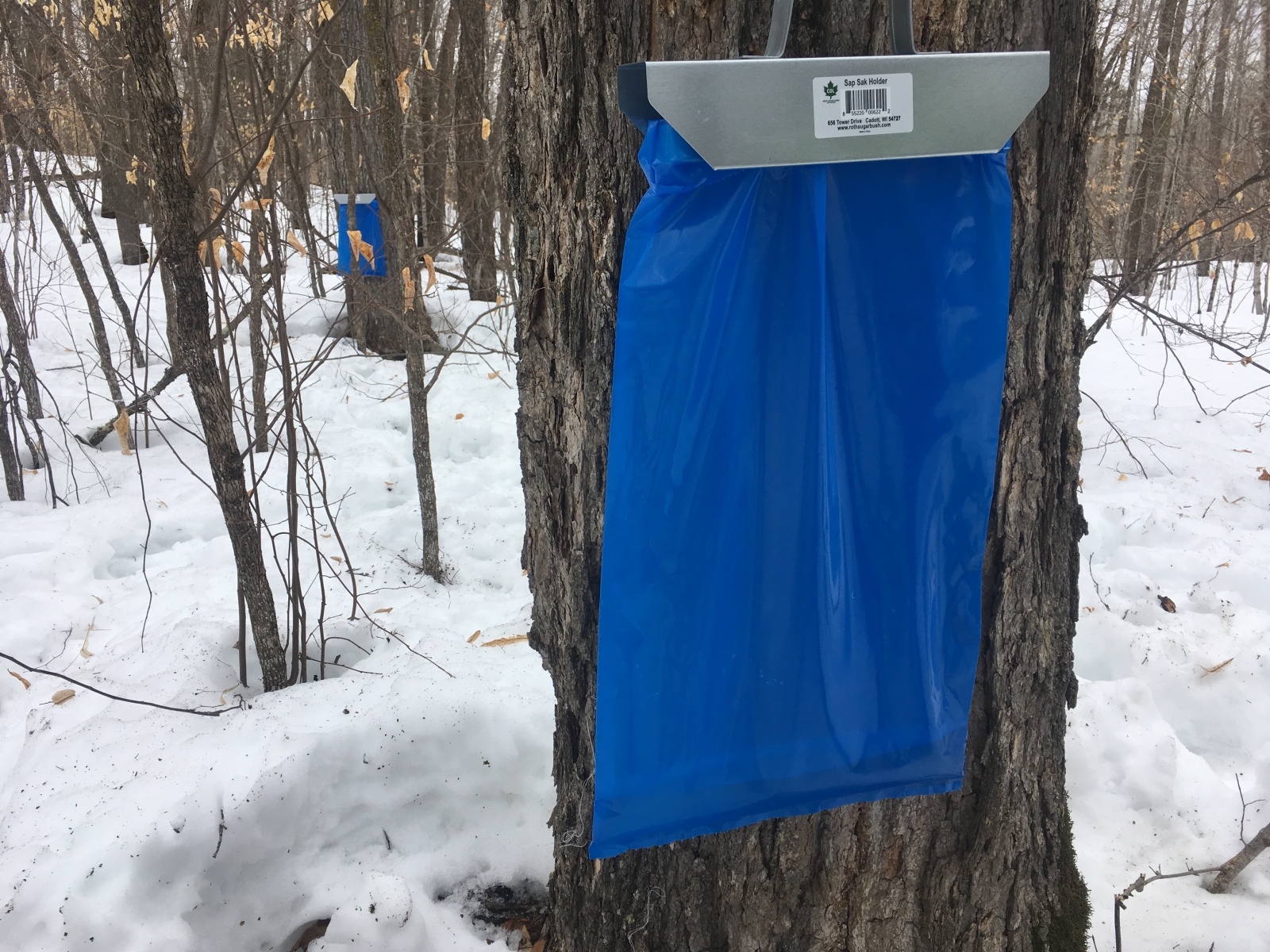 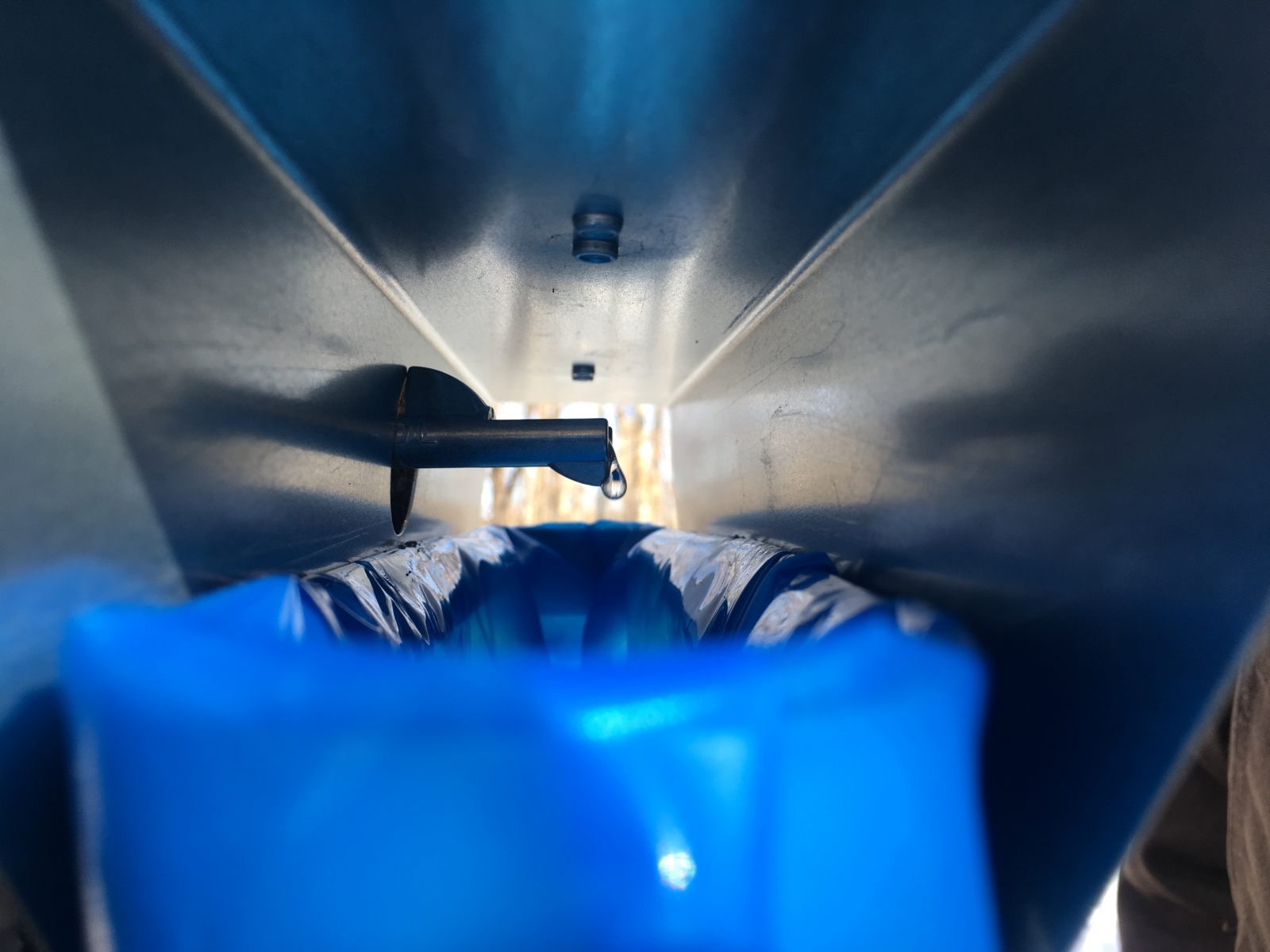 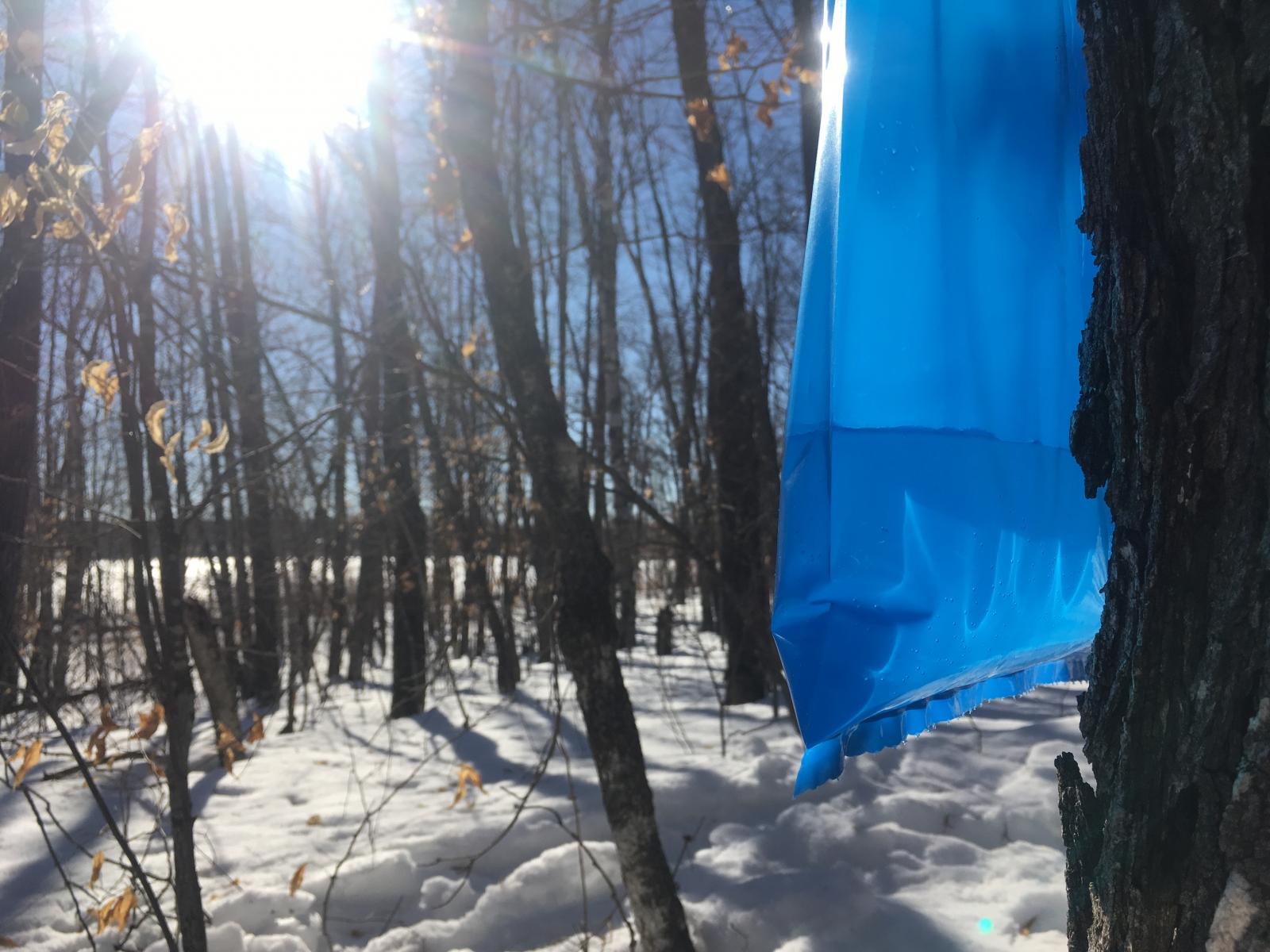 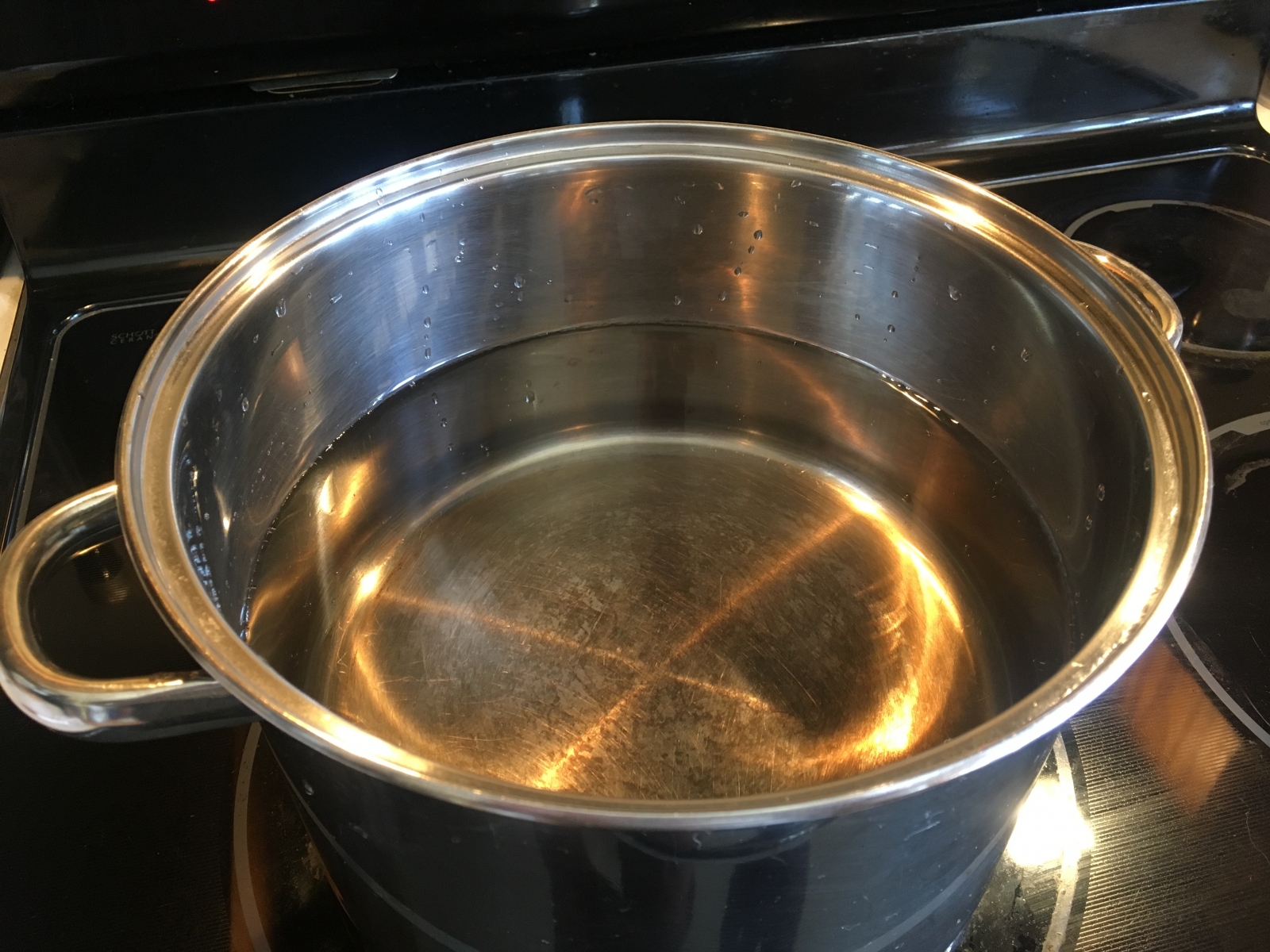 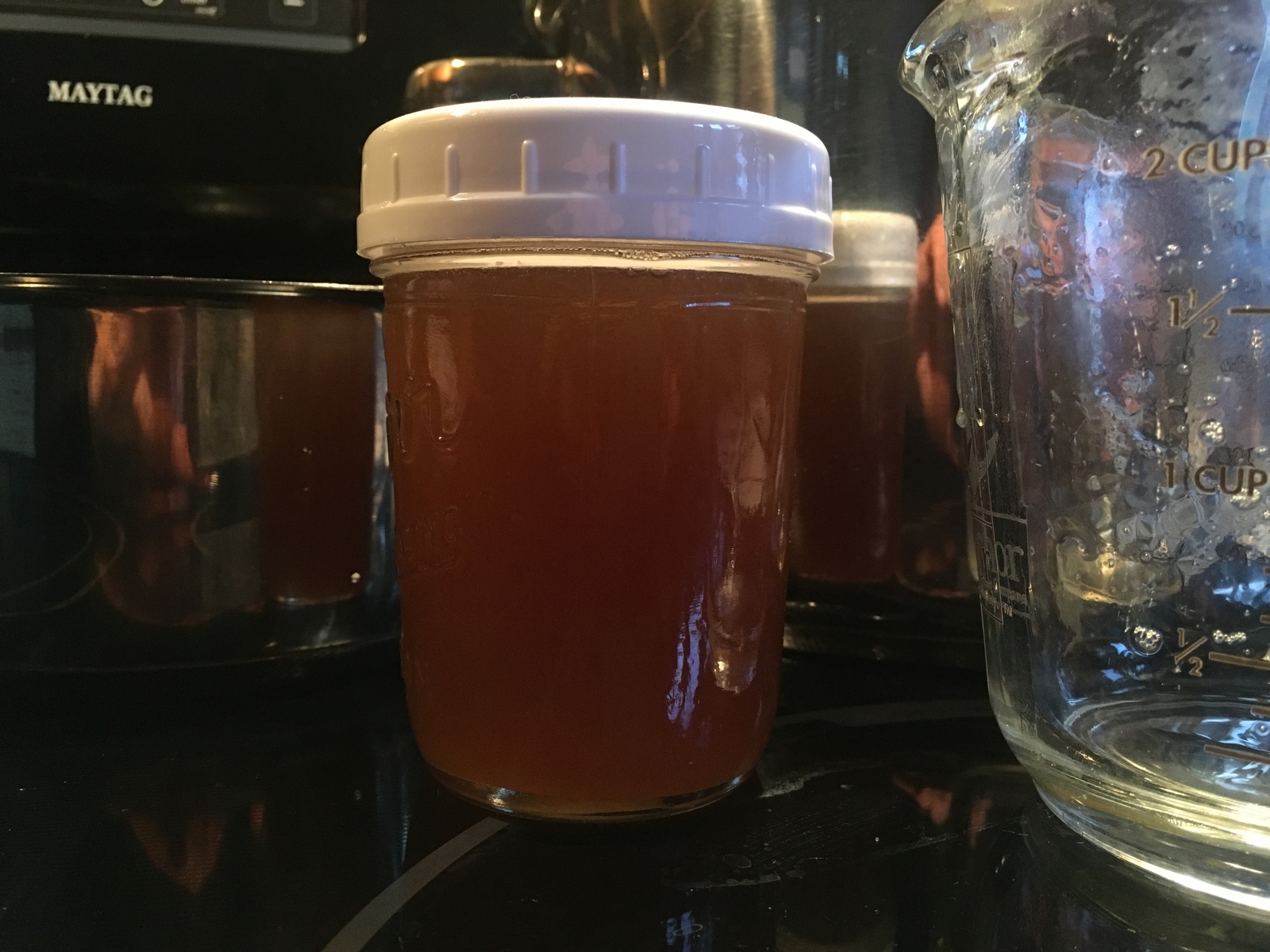