It was supposed to be a good year for fall colors. And it would have been, too, if the wind hadn’t been so diligent at teasing the leaves from their branches as soon as they ripened.

As summer fades, we console ourselves with visions of fall days spent looking up at oranges, reds, burgundies, yellows, browns, and shades in between. When that doesn’t happen- especially after it has been foretold by the prognosticators- there is a subtle but nagging sense of loss. Redemption can be found by seeking the colors and textures that autumn still brings, albeit on a smaller scale. Most people overlook such a meager offering entirely. But even when wonder has abandoned the skyline altogether, it can still be found within a few inches of the ground.

And when the colors have all but drained, morning frosts settle on survivors and stubborn holdouts, pointing the way toward the long sleep. 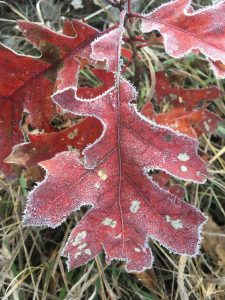 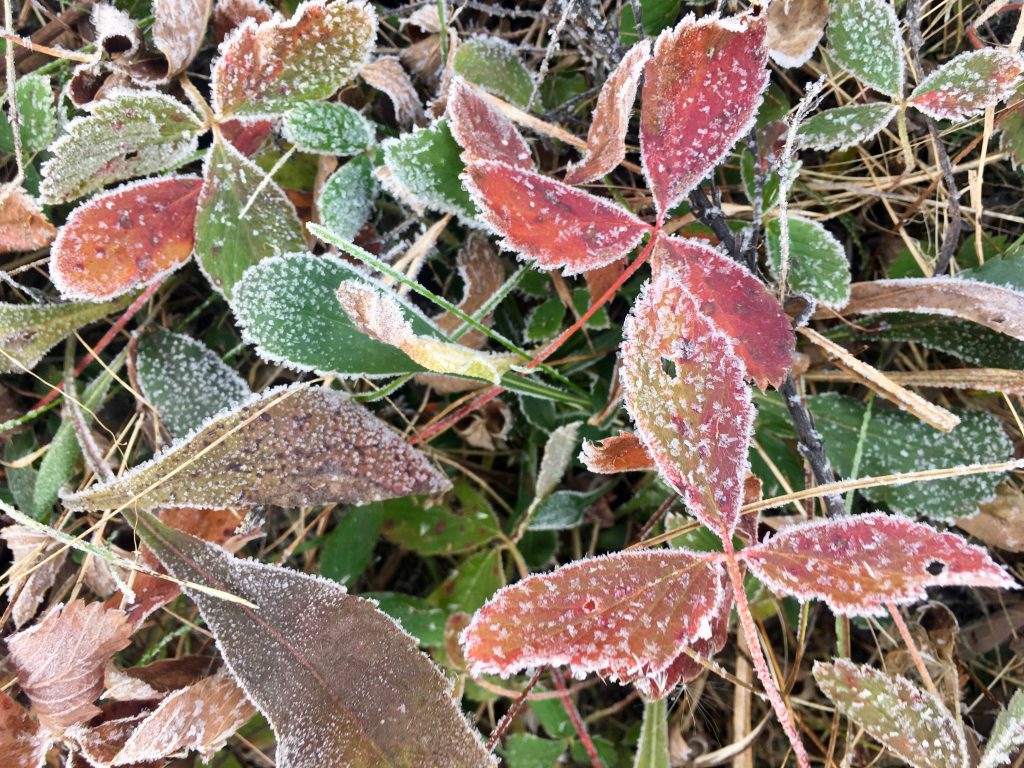