The Ostrich fern (Matteuccia struthiopteris) seems to be gaining in popularity among foragers, if mentions in social media are any indication. Posts about “fiddleheads” are becoming more and more common this time of year. Also apparent in the social media soup is how much confusion there is when it comes to knowing which species are edible and how they are identified.

Some people- a proportional few- are vocal in their opinion that the Ostrich fern is not the only edible fern in Minnesota. While that may be true for sometimes complicated reasons, I will not subscribe to that school of thought. Allow me to explain why.

First, M. struthiopteris is the most easily identifiable fern we have. Targeting only Ostrich ferns is the best way to know what you’re eating. They emerge from the ground in a firm clump, with heads of fairly substantial size. Others, like the Sensitive fern, emerge with small wispy ends that develop with little unfurling. Also, Ostrich ferns have thick stems with a deep U-shaped groove which is immediately apparent on leaf stems as well as on the spore-bearing stalks. This is as much of a slam-dunk identifying feature as you’re going to find in the foraging world- either it’s there or it’s not, and there’s no mistaking it.

The second reason I will not promote eating anything other than the Ostrich fern is because misidentification will almost certainly lead people to eat ferns which contain carcinogens. Some may say that certain ferns don’t contain those cancer-causing chemicals (or lower levels, anyway) at the fiddlehead stage, which makes them “safe” to eat. However, the vast majority of ferns are not considered safe to eat, and a misidentification negates this stipulation completely. And since identifying an Ostrich fern (again, comparatively easy) has proven beyond the skill set of many foragers, I am wholly unwilling to advocate for trying to identify anything else. Simply put, it’s just safer to find Ostrich ferns or go home empty handed. 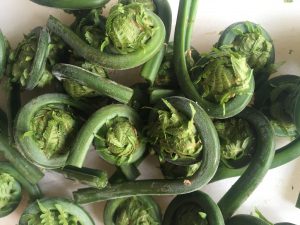 Edible ferns are notorious for having a short season. This is both true and not true. When a fern emerges and starts to unfurl, it does so quickly and the window for harvest is short. However, I have found that different areas offer harvest at different times. This became apparent to me once when I was out picking morels.

I came upon a large area of Ostrich ferns and began to pick some. The ones in the shade were much farther along than the ones in the sun, some of which hadn’t yet emerged from the ground. It seemed paradoxical, but the pattern was undeniable. This observation, although anecdotal, has played out consistently in the years since, and I know if I miss harvesting fiddleheads in “my early spot” (fully shaded), I’ll still have a chance out in the sun.

I have found that the heads that have barely emerged are compact and hold together nicely through the cooking process and are much more pleasant in the mouth than a bunch of floppy stems with leafy, unfurling tops. This is why I like to catch them early. Also, I do my best to remove the brown papery material in the field by blowing sharply on them before putting them in my bag. The vast majority of cleaning work is done, therefore, before they arrive in my kitchen. 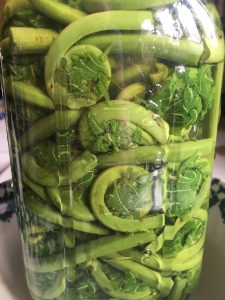 As with most foraged goods, fiddlehead ferns are usually cooked in some manner or another. Almost always, this begins with blanching. Add cleaned fiddleheads to a pot of salty boiling water, boil for two minutes, then remove and cool them quickly with cold water.

When I’m cooking, fiddleheads are almost always sautéed. Once I’ve blanched and dried them as much as possible, I simply sauté them in my cast iron pan with olive oil and minced garlic. I love when this is part of a meal with fresh fried catfish, truly a springtime meal at our house.

Once blanched, your fiddleheads could be eaten plain. If cooled completely, they might do well as part of a salad. At least once, I put them into a pasta primavera with morels and other vegetables. This year, I decided to finally try Hank Shaw’s recipe for pickled fiddleheads. At this time, they are not quite done, so I can’t comment on the final product. Other ways of preparation are out there, but just as with mushrooms, one thing is always true: don’t overcook them. 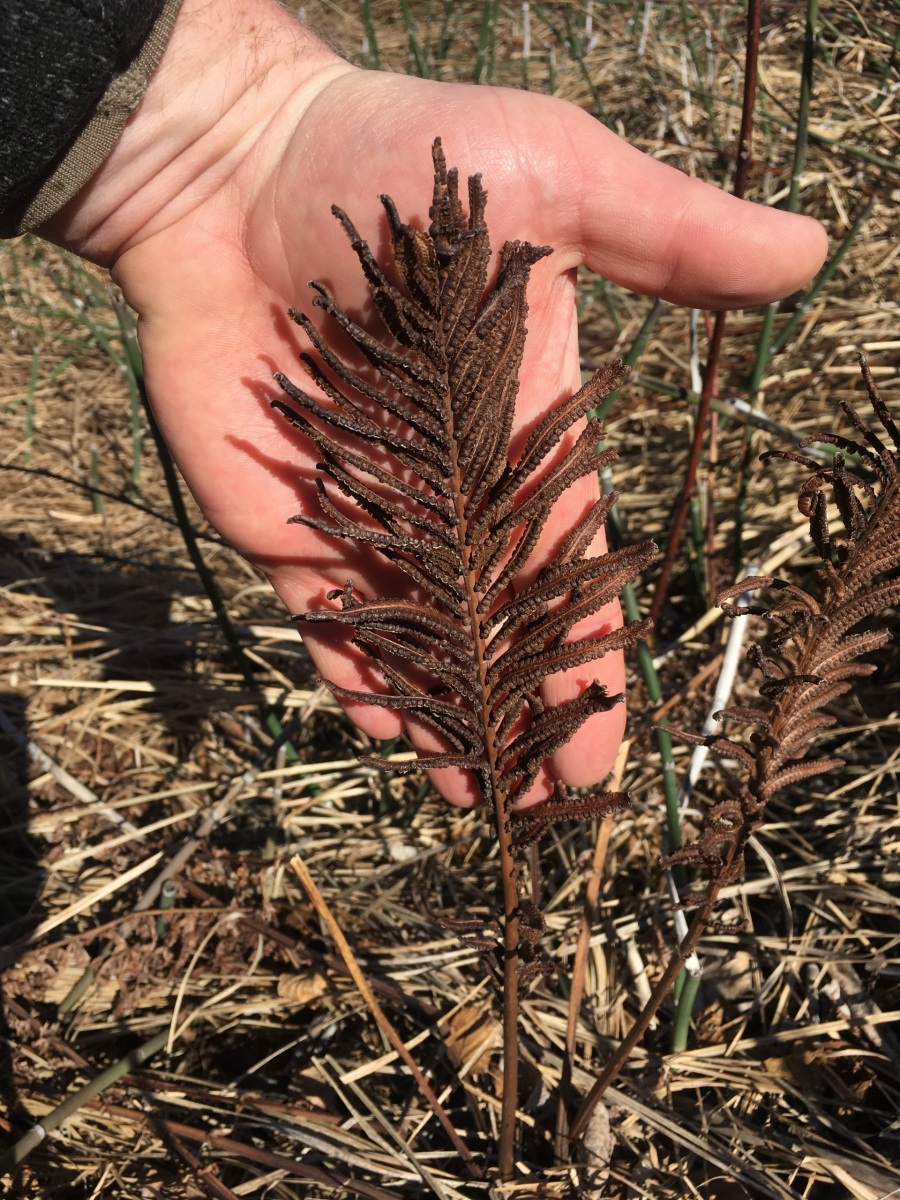 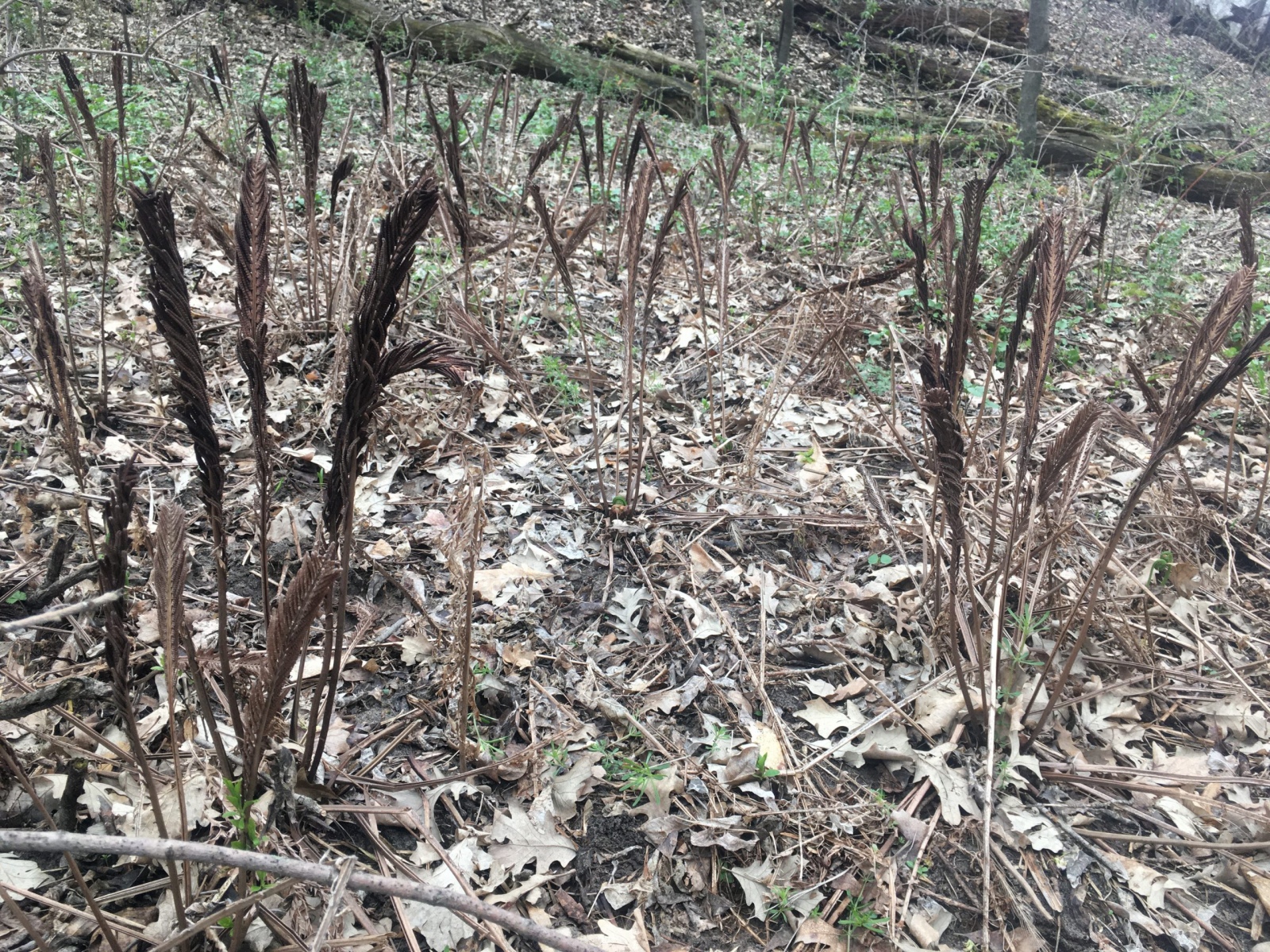 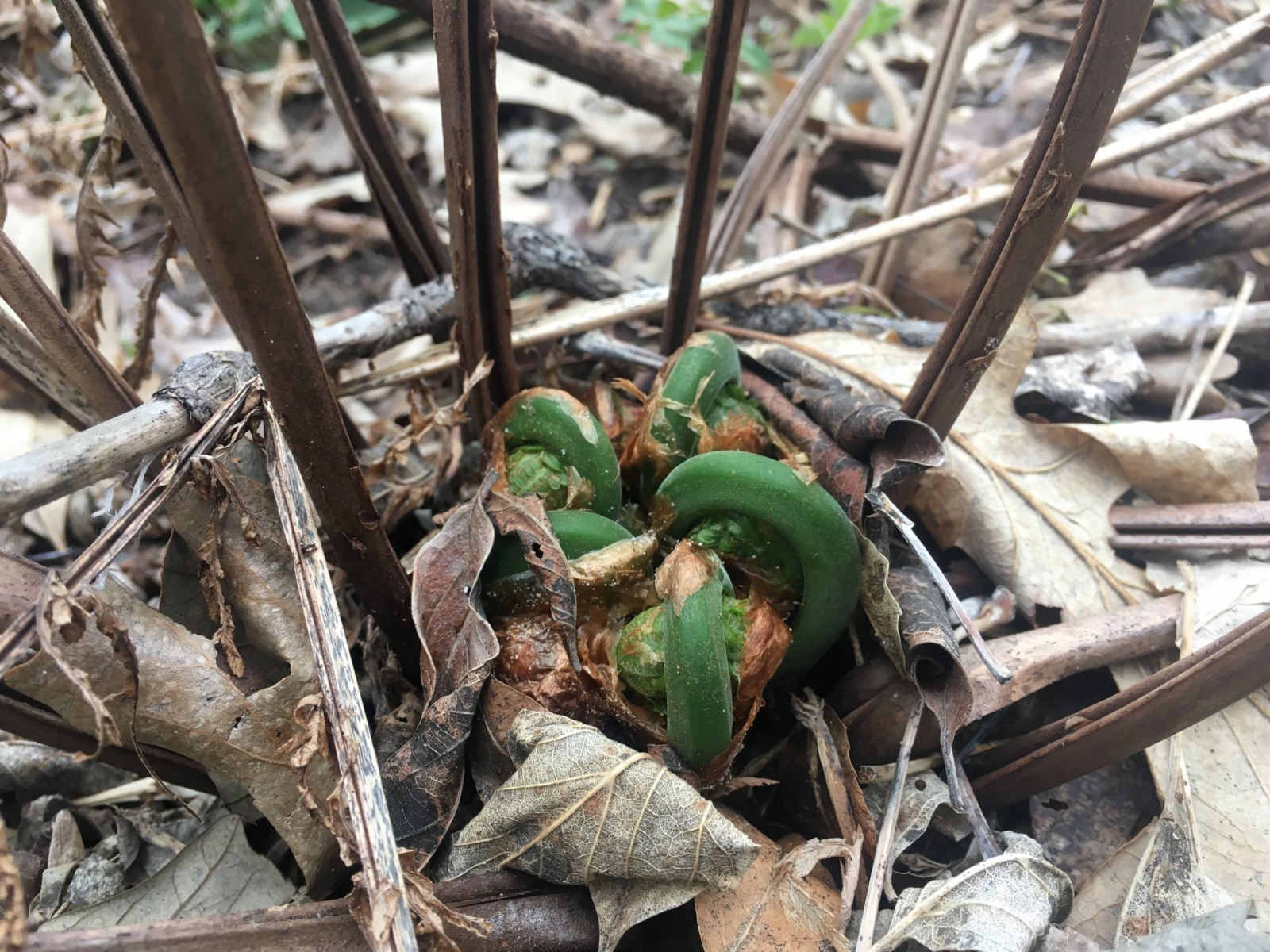 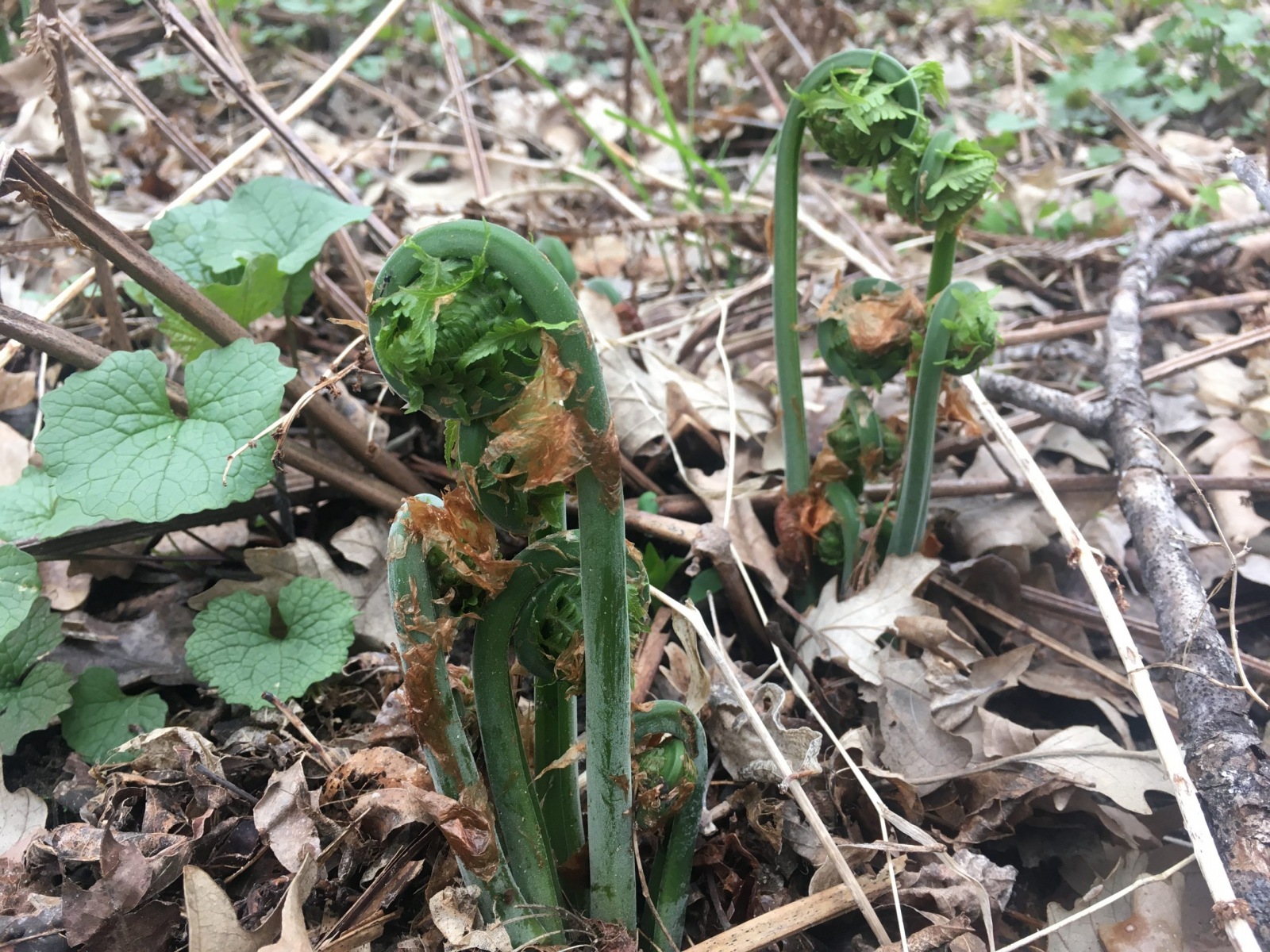 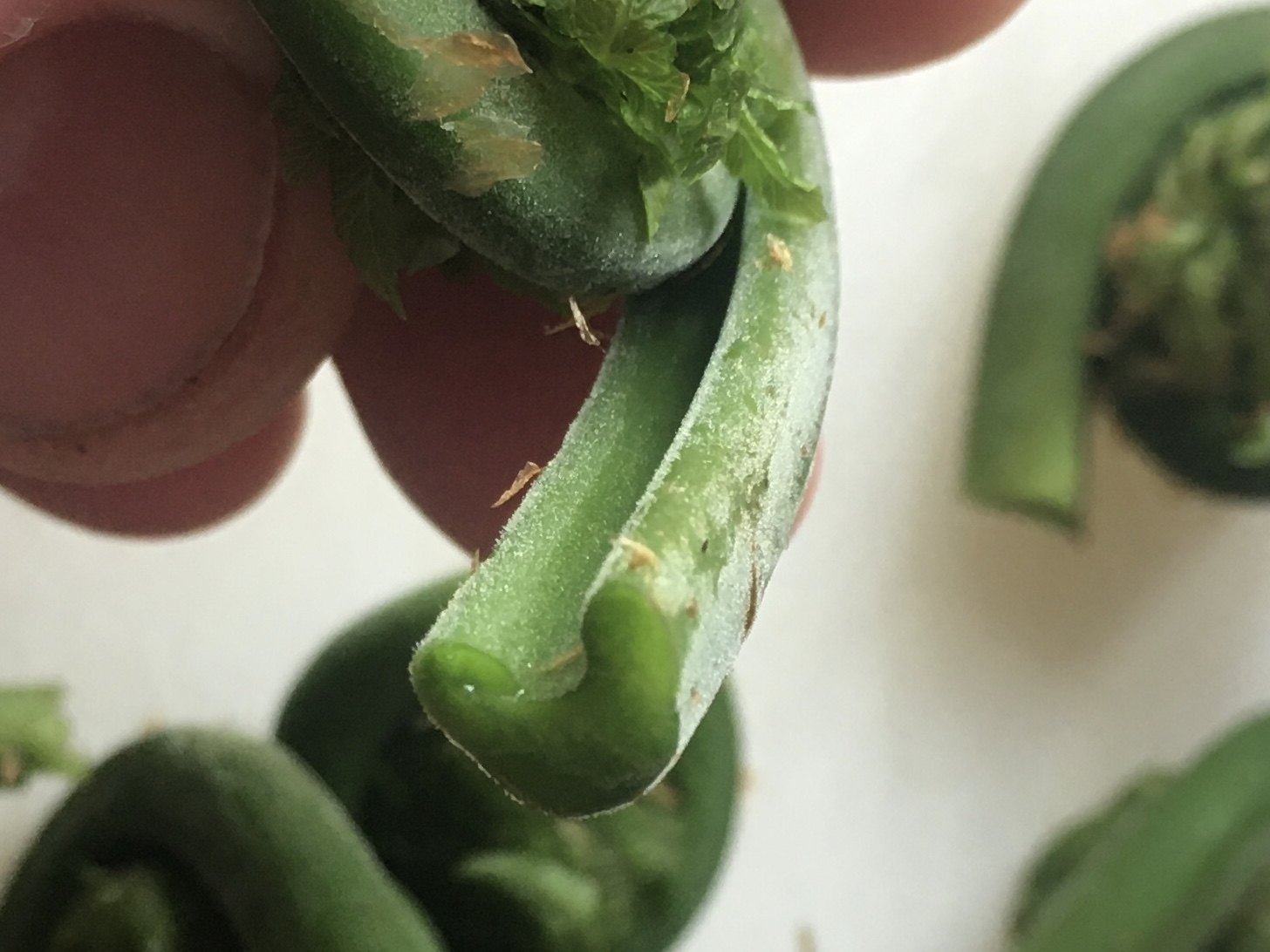 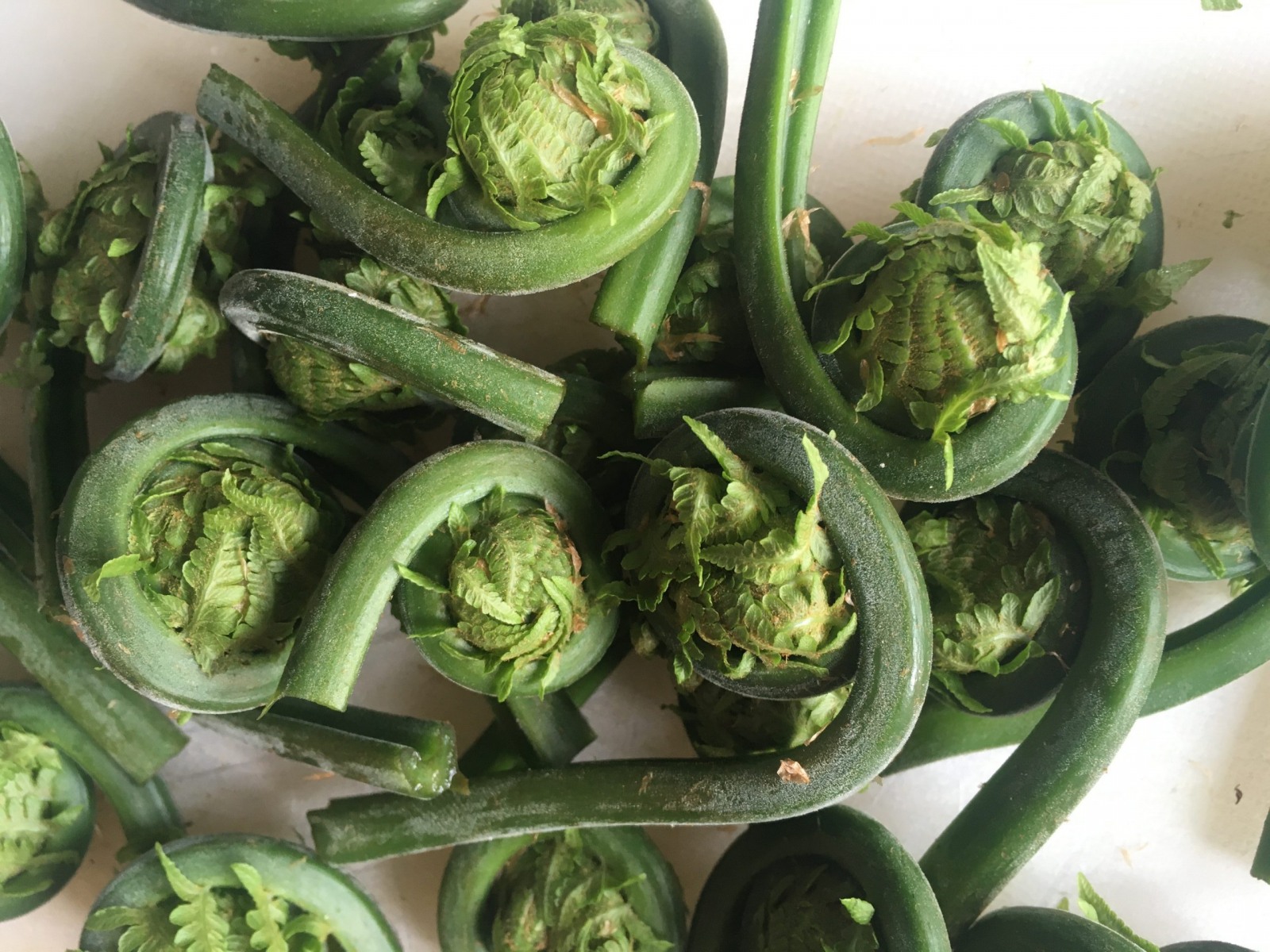 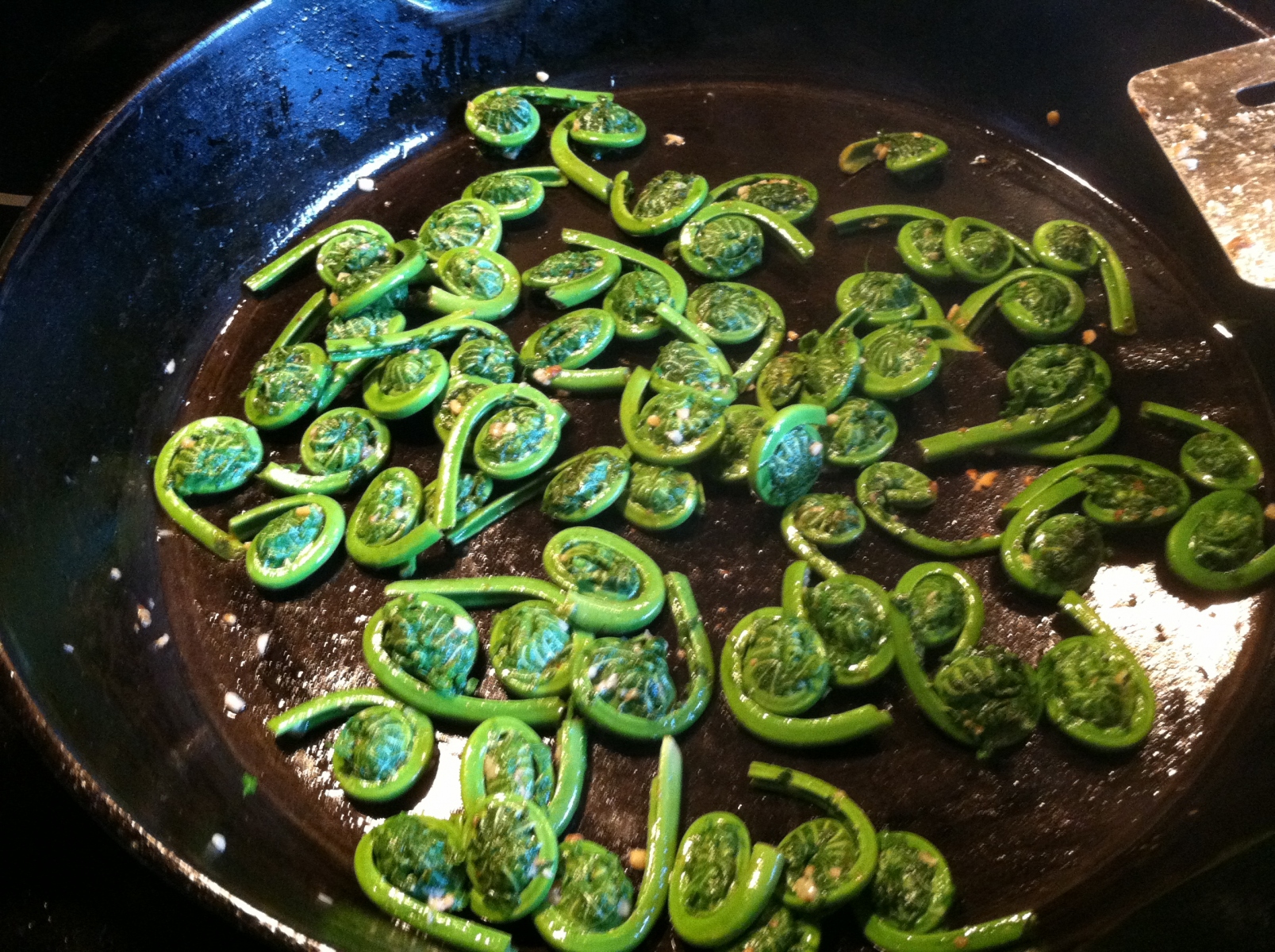