If you’re itching to get out and forage some wild berries this year, I have good news for you: the strawberries are in. They won’t be for long and they won’t offer the volume of picking as later berries, but they’re still worth pursuing.

It’s my opinion that wild strawberries are a good way to get kids interested in foraging, or at least engage them in conversation about where food comes from. For one thing, wild strawberries are very tasty; they’re typical of wild berries in that they’re smaller but have much more flavor than their cultivated counterparts. Another reason is that most any kid should recognize a wild strawberry as something they already know as food, and putting that berry in their mouth directly from the plant is a special way to connect with the natural world.

Minnesota is host to two similar wild strawberry species, Fragaria virginiana and Fragaria vesca. Differentiation between the two species is not generally important. F. virginiana appears to thrive in sunny, dry locations, whereas F. vesca is known as the “Woodland strawberry,” and reportedly tolerates more shade and moister soils. Botanists agree that telling the difference between the two will require fairly acute inspection and will not make the berries taste any sweeter.

Leaves are very recognizable, arranged in groups of three. They are regularly toothed with strong veins. Leaf shape seems to vary somewhat in my experience, ranging from oval to elliptical to somewhat ovate. Still, there aren’t many things that resemble them so close to the ground, and a strawberry is unmistakable when you taste it.

Strawberries are famous for colonizing new ground with vigor. The stolons (runners) of our wild strawberries are reddish (sometimes bright red) and will sometimes shoot out quite a distance from the parent plant. While cruising the woods or prairies, it’s the stolons that will usually catch my eye, causing me to stoop and look for a quick treat.

It’s hard to nail down exactly where wild strawberries will be found. It seems like they’re almost everywhere, especially between the two species. In the woods (F. vesca), just keep your eyes peeled. F. virginiana seems to do well out in the open when it doesn’t have to compete with vegetation that’s too tall or thick. All the same, there are some hotspots I’ve found in the sunny places:

Edges of lawns can be good, and similar places that see only occasional mowing.

Sandy beaches and lake margins where it seems other things have trouble growing.

Restored prairies in sandier soils will often host patches, especially around the perimeter.

If you’re planning on picking enough to make jam, let me know how that goes. Otherwise, it’s best to plan on having only a small amount- the berries themselves are famously petite. They would be good with some yogurt and/or granola. Perhaps also good added to muffins, but I’m no baker. Personally, I prefer eating them “bear” style: right where I find them. 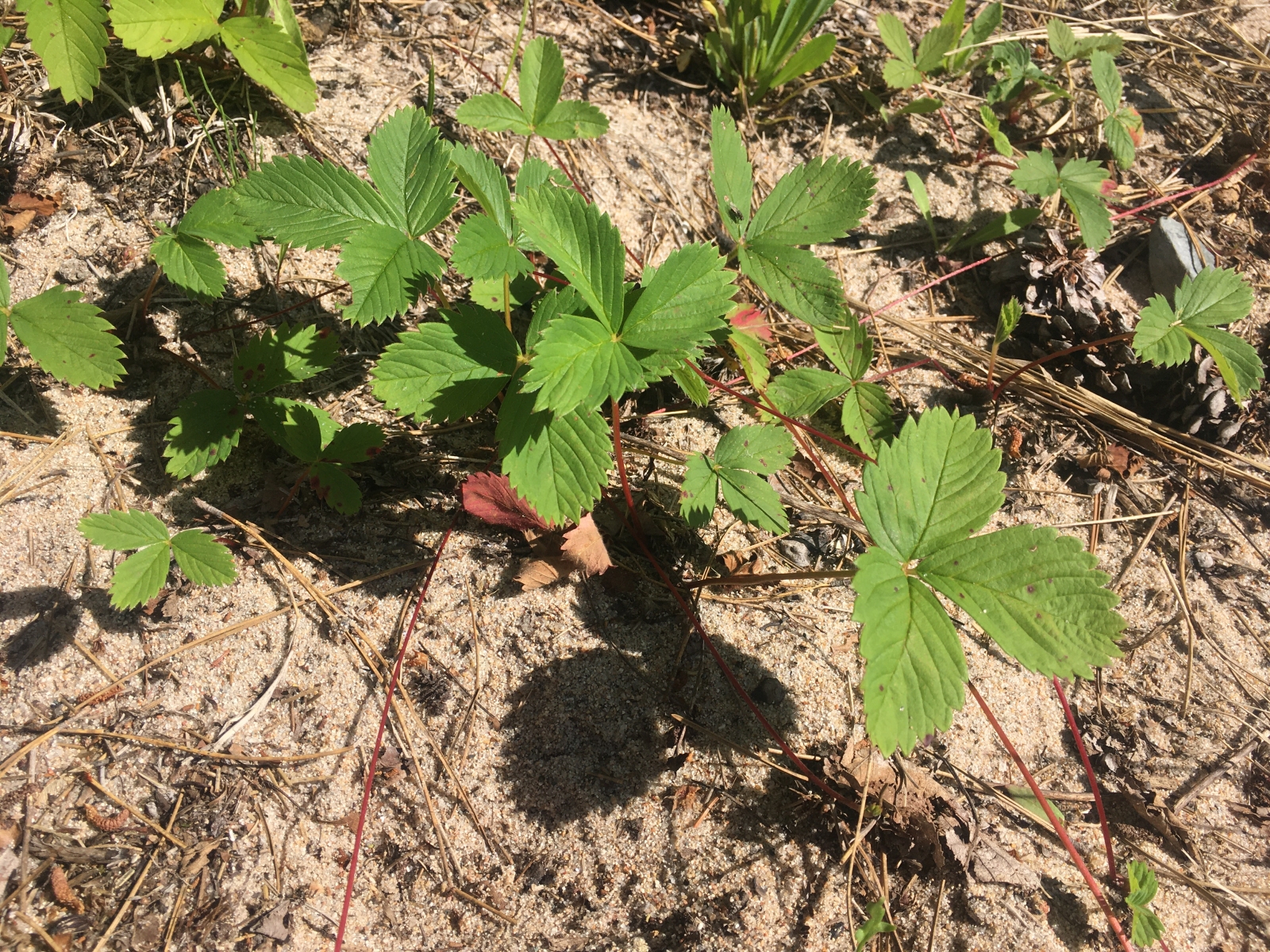 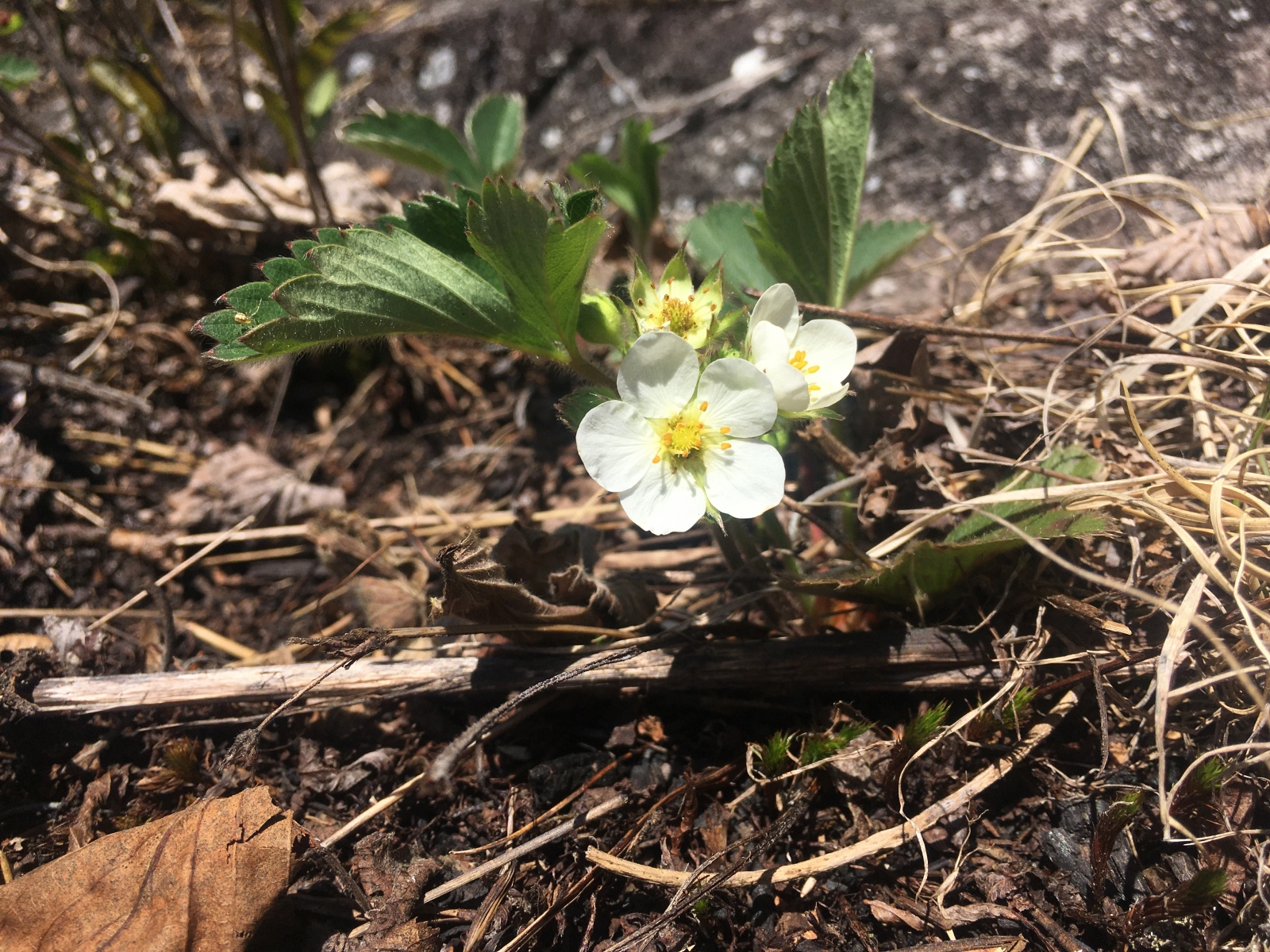 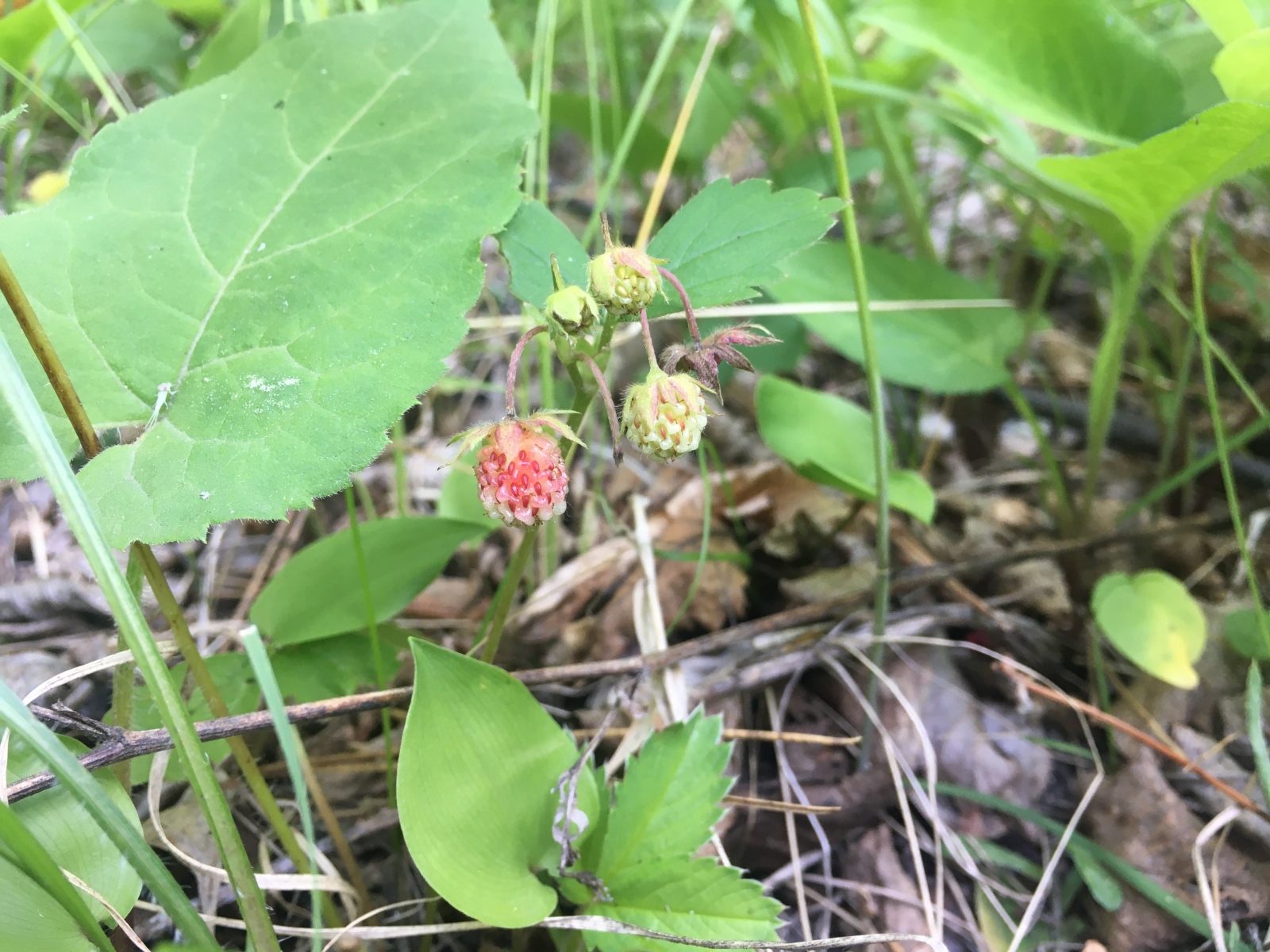 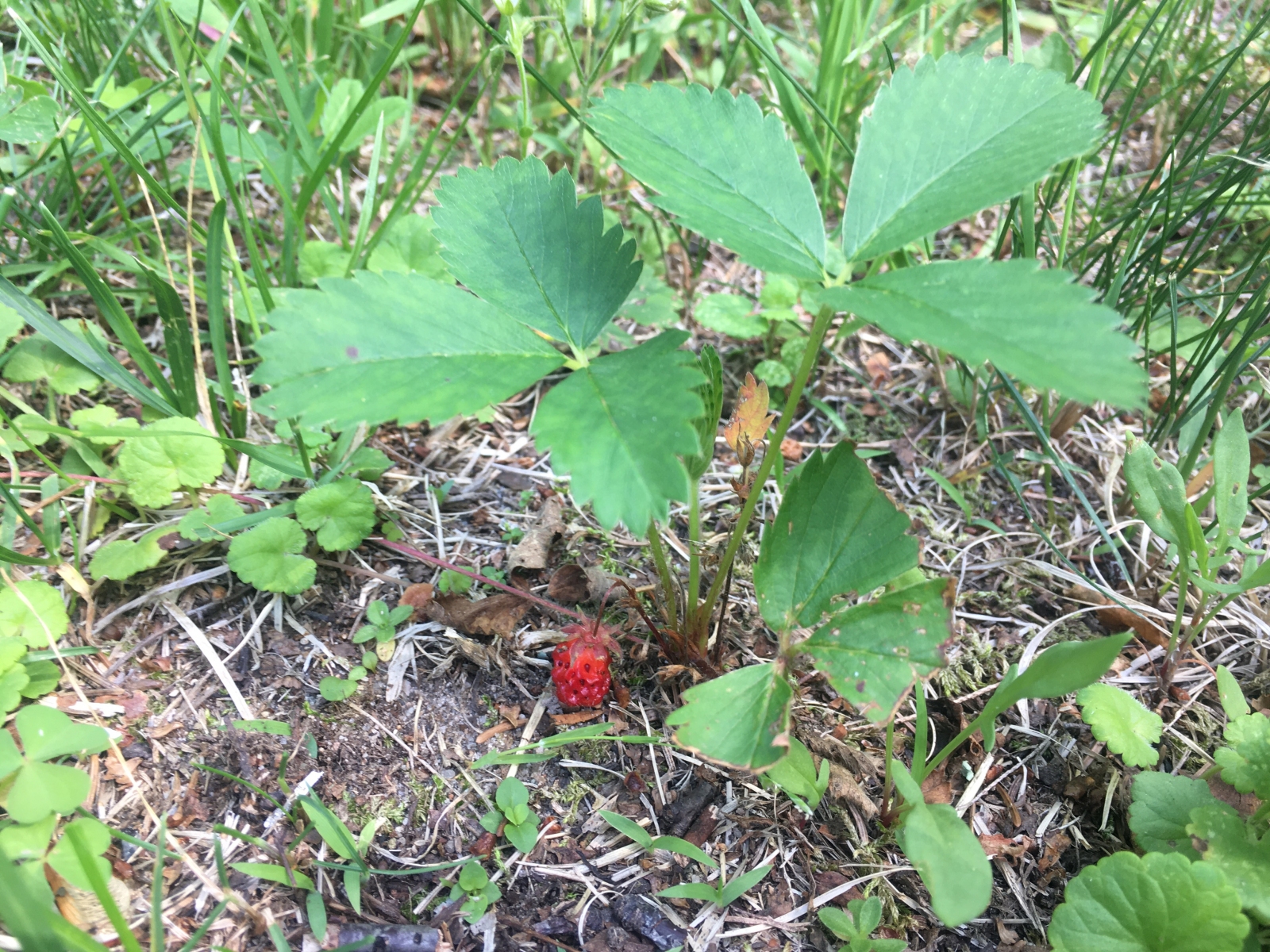 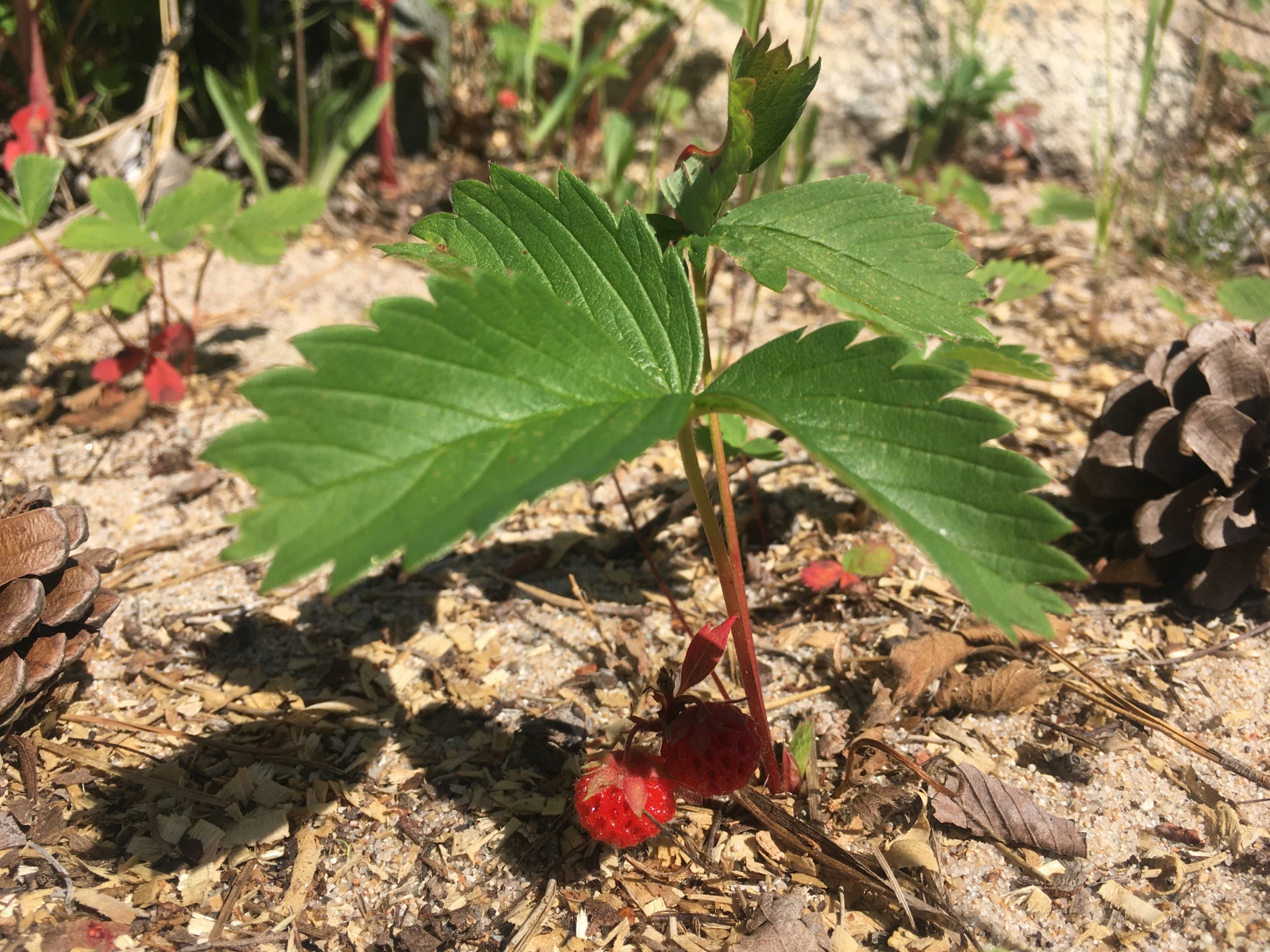 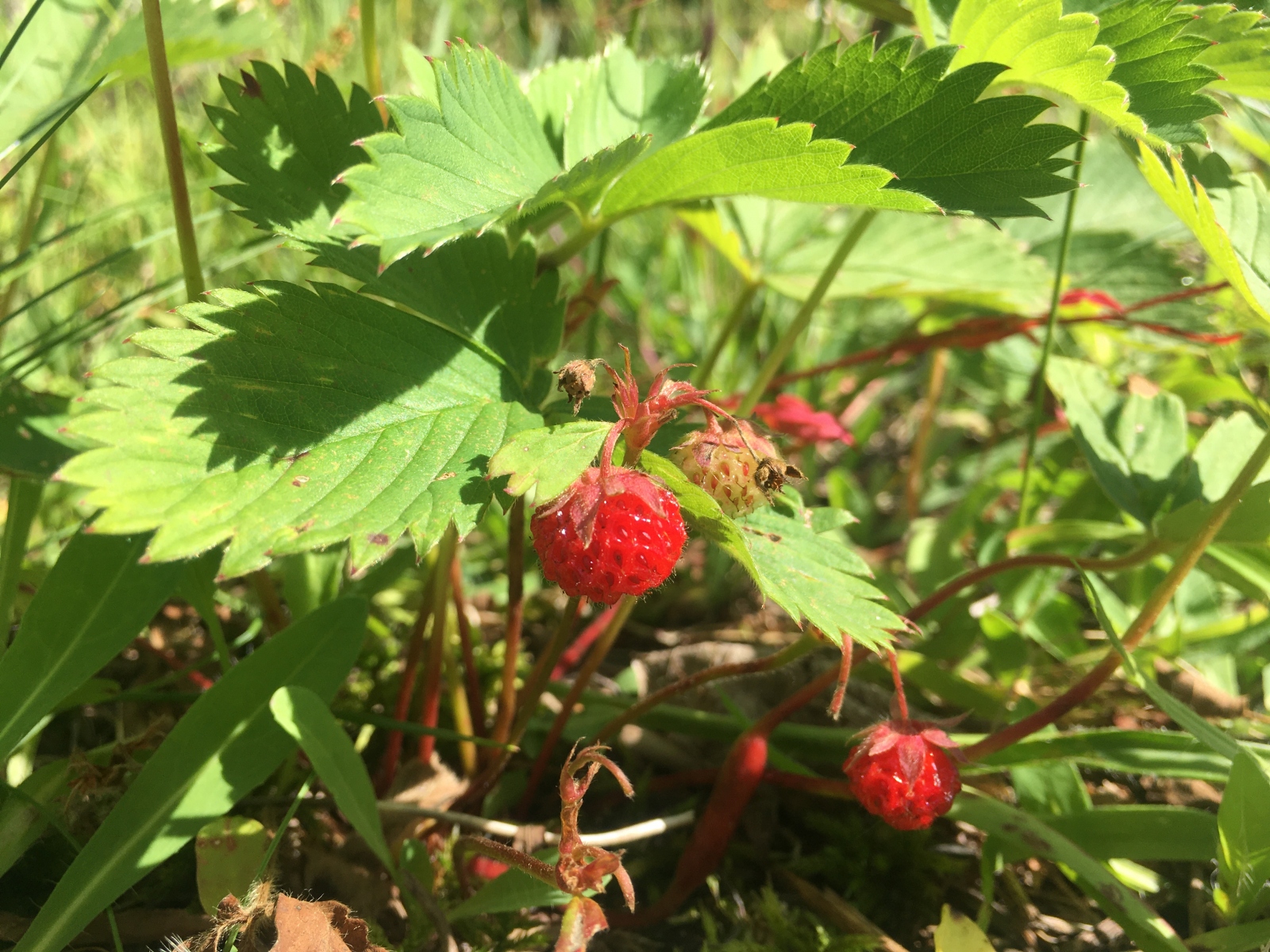