Yesterday I found my first hedgehog mushrooms of the season. It was on a short outing with my daughter; she was after raspberries and I wanted to follow up on the sudden burst of mushroom activity in the yard. I suspected some edible mushrooms would be available, mostly chanterelles and lobsters. Those were good finds, but I hollered out loud when the first few hedgehogs appeared on the forest floor- they are among my most favorite mushrooms to eat.

Hedgehog mushrooms come in two varieties here in this part of the world: Hydnum repandum and Hydnum umbilicatum.  H. repandum is in general larger and more common. H. umbilicatum is smaller and typically has a dimple in the pileus opposite the stem attachment, hence the belly-buttonesque “umbilicatum” of its name. They aren’t very different from each other, and making the distinction is fairly inconsequential. One of the best things about hedgehog mushrooms is that they don’t really have poisonous lookalikes. This makes them a great beginner’s mushroom.

Our Hydnum species are terrestrial mushrooms, which is to say they will not be found growing from wood- only the ground. They are mycorrhizal, which means they engage in a symbiotic relationship with live plants (often trees). When it comes to the trees with which hedgehogs associate, many sources will indicate ‘hardwoods’ or ‘conifers’, which does absolutely nothing to whittle down the possibilities. When I think of the places I myself have found them it’s hard to make generalizations, much less specific recommendations. The bottom line: look everywhere. 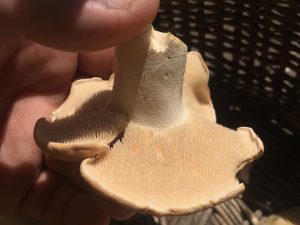 Hedgehog mushrooms typically display a dull, tan to brown cap; I think of them as biscuit and pancake colors. The stem of H. repandum is reported to be shorter than that of H. umbilicatum, and in my experience is sturdy and firm. They both have the famous “teeth,” which hang down from the cap for releasing spores into the wind. This is the principal identifying feature.

I typically find specimens that are only about 1 to 3 inches across, rarely bigger. They seem to start out fairly circular and become more irregularly shaped as they get larger. I once found a gnarly old one that was about 7 inches across. I couldn’t help thinking it could have been dinner for me and then some. What I would have given to have found it fresh!

While I found my first-ever hedgehogs in late September, I usually find the greatest quantities in the initial flush of summer. They just seem to fruit more heavily now, for some reason. Some sources call them a fall mushroom, but in Minnesota I think there is a reasonable chance of finding them from July into September or even October if conditions are right.

Let me say up front that I place hedgehog mushrooms in the top echelon of wild mushrooms, right up there with hen of the woods, chanterelles, and black trumpets. It’s worth a trip to the woods hoping to find even a couple, especially if you’ve never before had the pleasure.

The taste of hedgehogs is probably what makes them so endearing to me. Their sturdy, rich flavor sets it apart from its buttery cousin, the chanterelle- in my mouth, anyway. Between the taste and firm texture, a hedgehog would probably be the perfect mushroom to introduce to somebody who has never tasted wild mushrooms. If I was more bold, I might try using them to win over somebody who thinks they hate mushrooms because “they’re squishy and slimy.” But then why would I waste one of my favorite mushrooms on somebody who seems predisposed to disliking them?

Their flavor might get lost in a more complex dish like soup, but one thing works in their favor: they hold their form well through the cooking process. I have not found them to be a super-shrinking mushroom like morels and chicken of the woods. Also unlike some other mushrooms, the stems of hedgehogs are perfectly good and should not be discarded.

Now, I don’t usually find enough hedgehogs to make an entire dish that showcases them, so they are usually sautéed in butter and savored by my household and me. And you can never go wrong making mushrooms with scrambled eggs; that preparation allows for an honest tasting of the essence of any mushroom. Hedgehogs are no different, and it’s a great way to use the four or five that always need a purpose after I’ve been out picking. Just make thick slices and sauté briefly in butter, pour in the beaten eggs, fry as usual, and top with a mild cheese if desired. 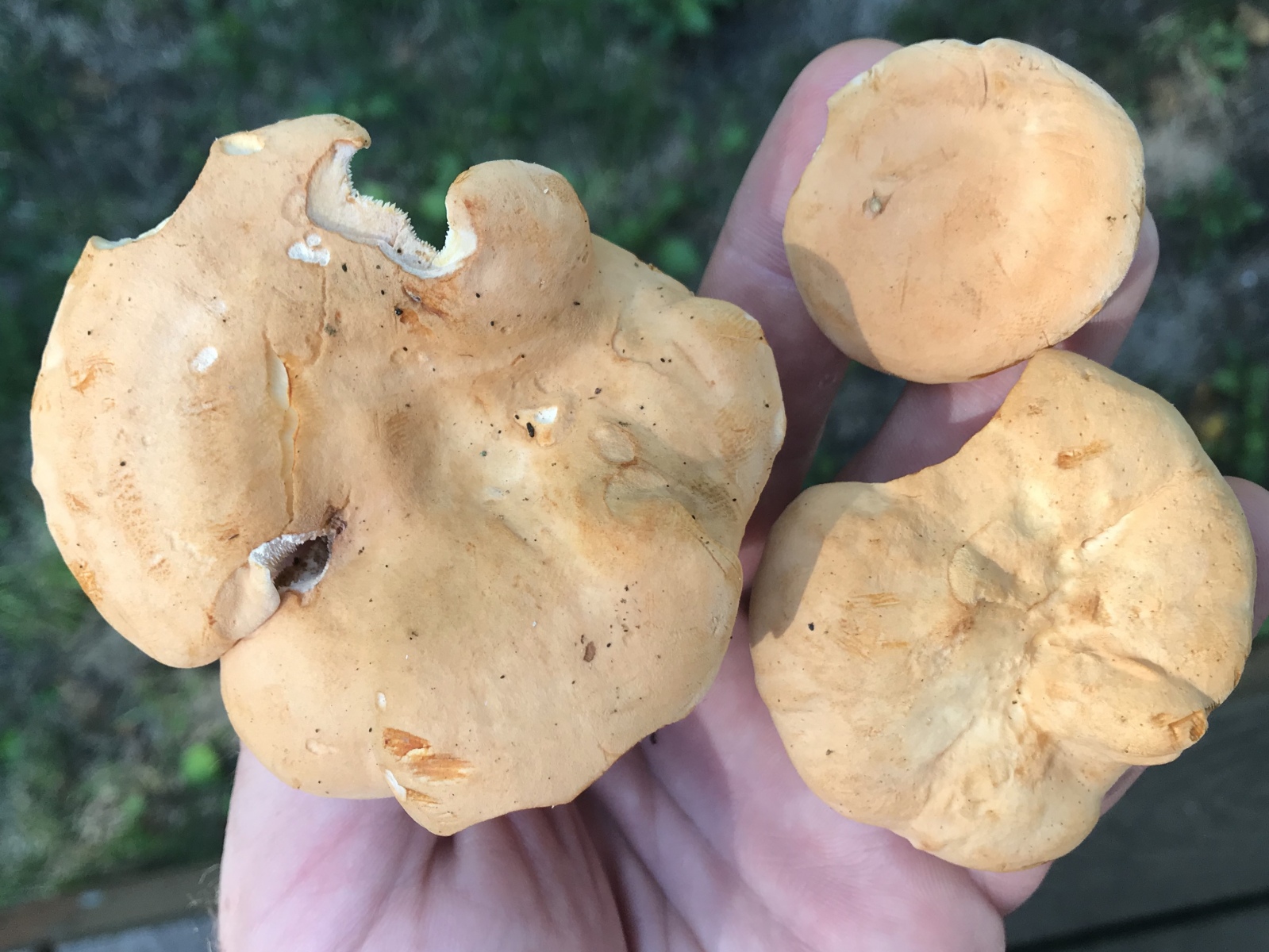 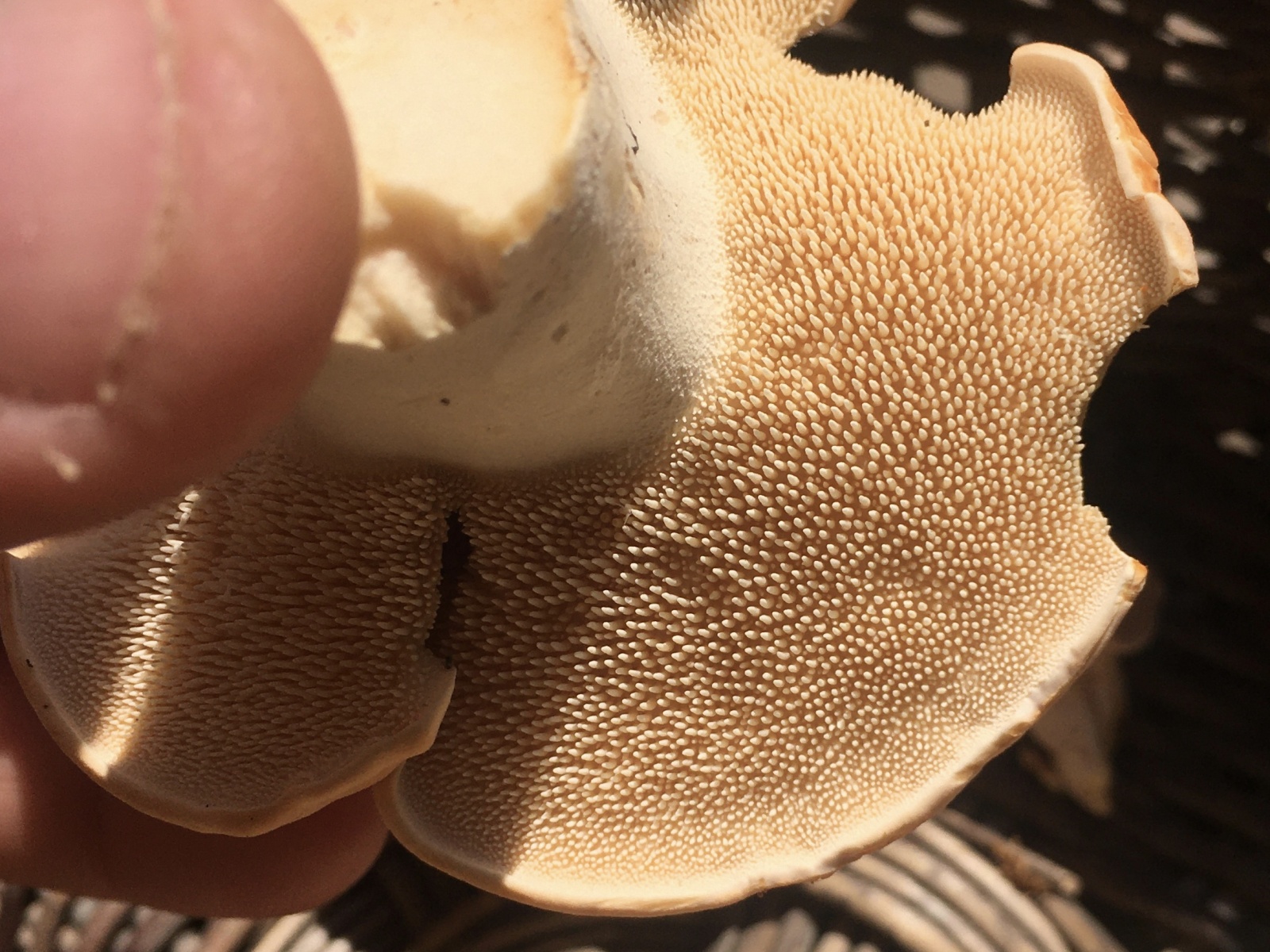 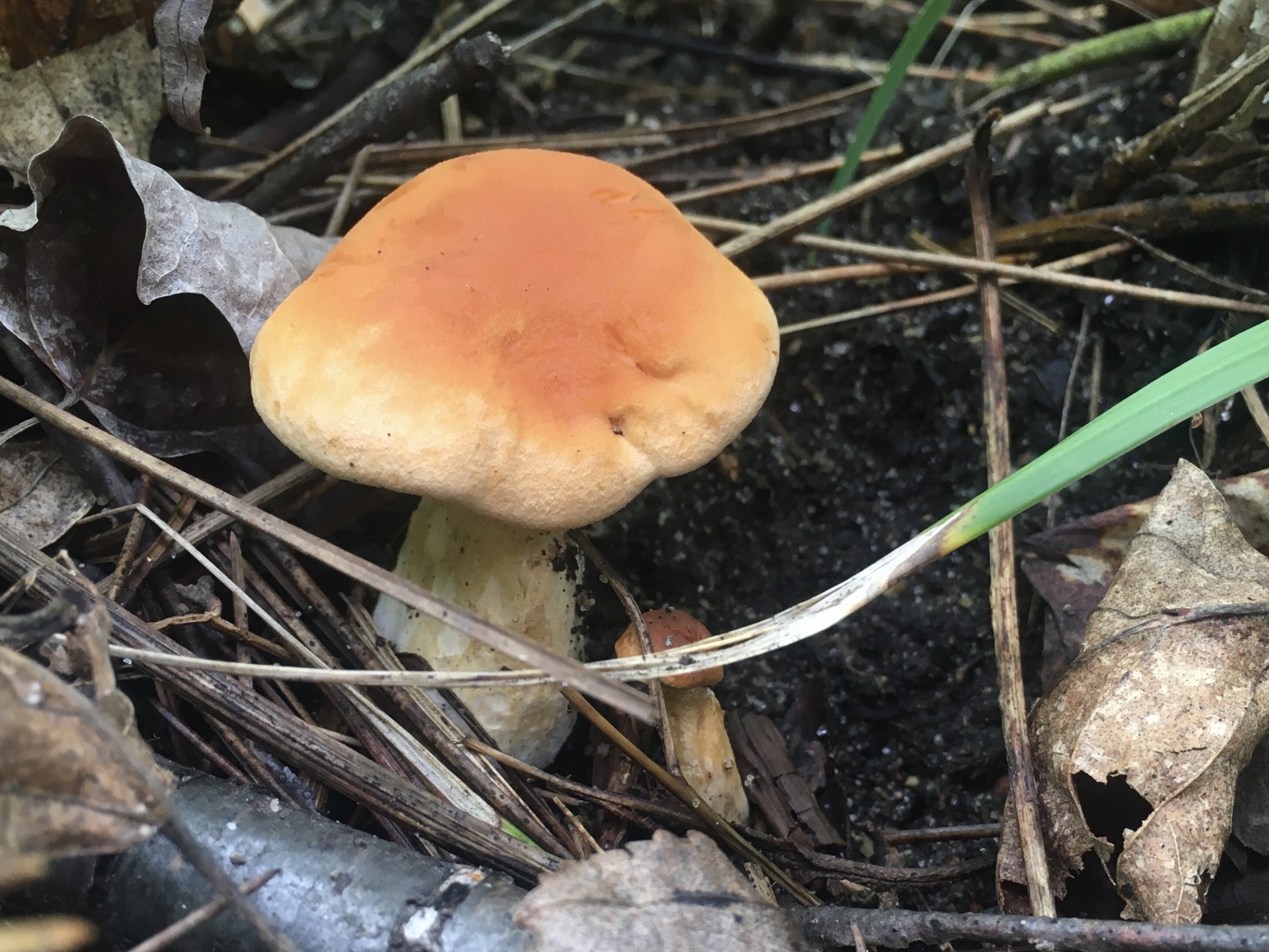 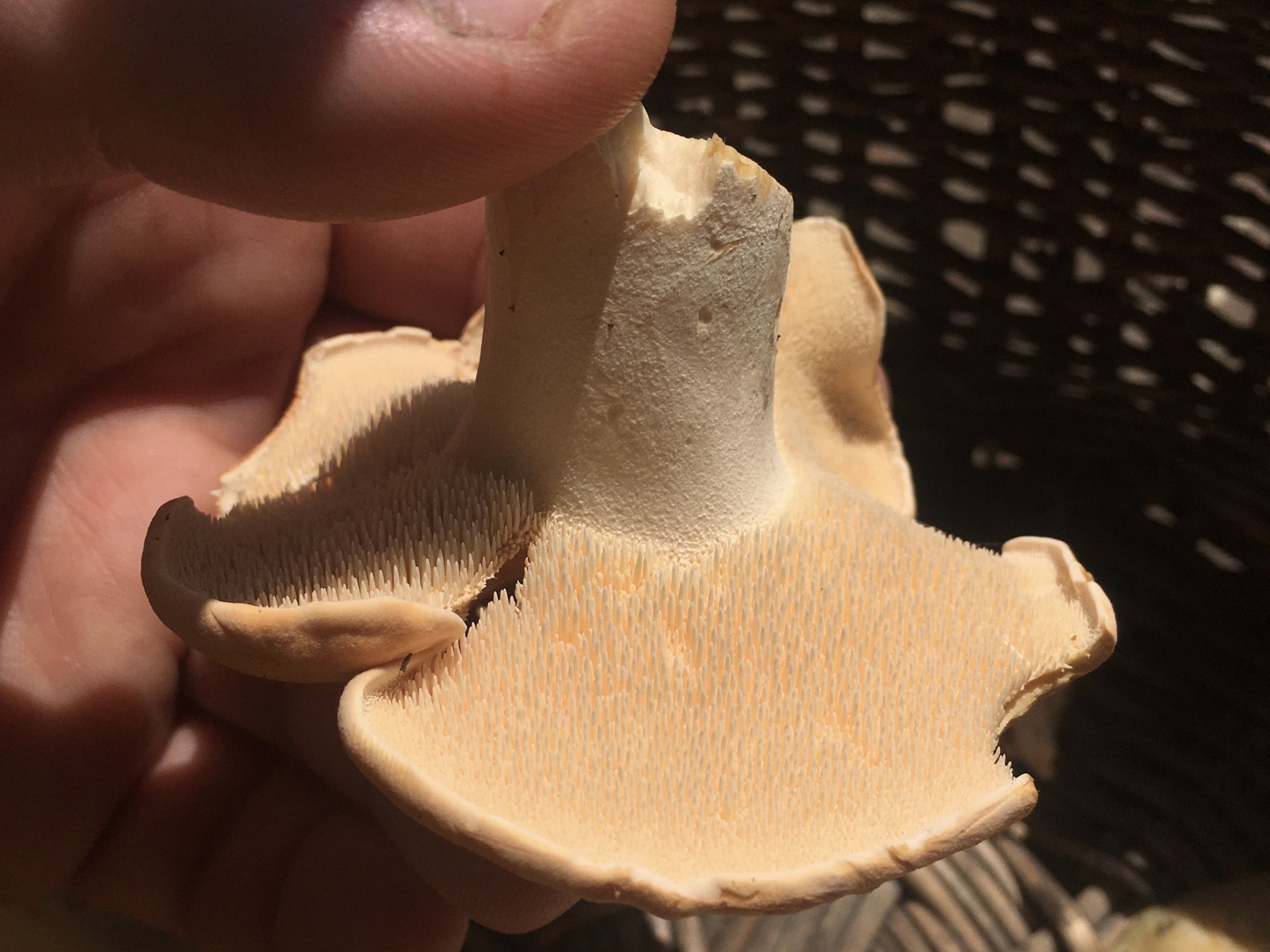 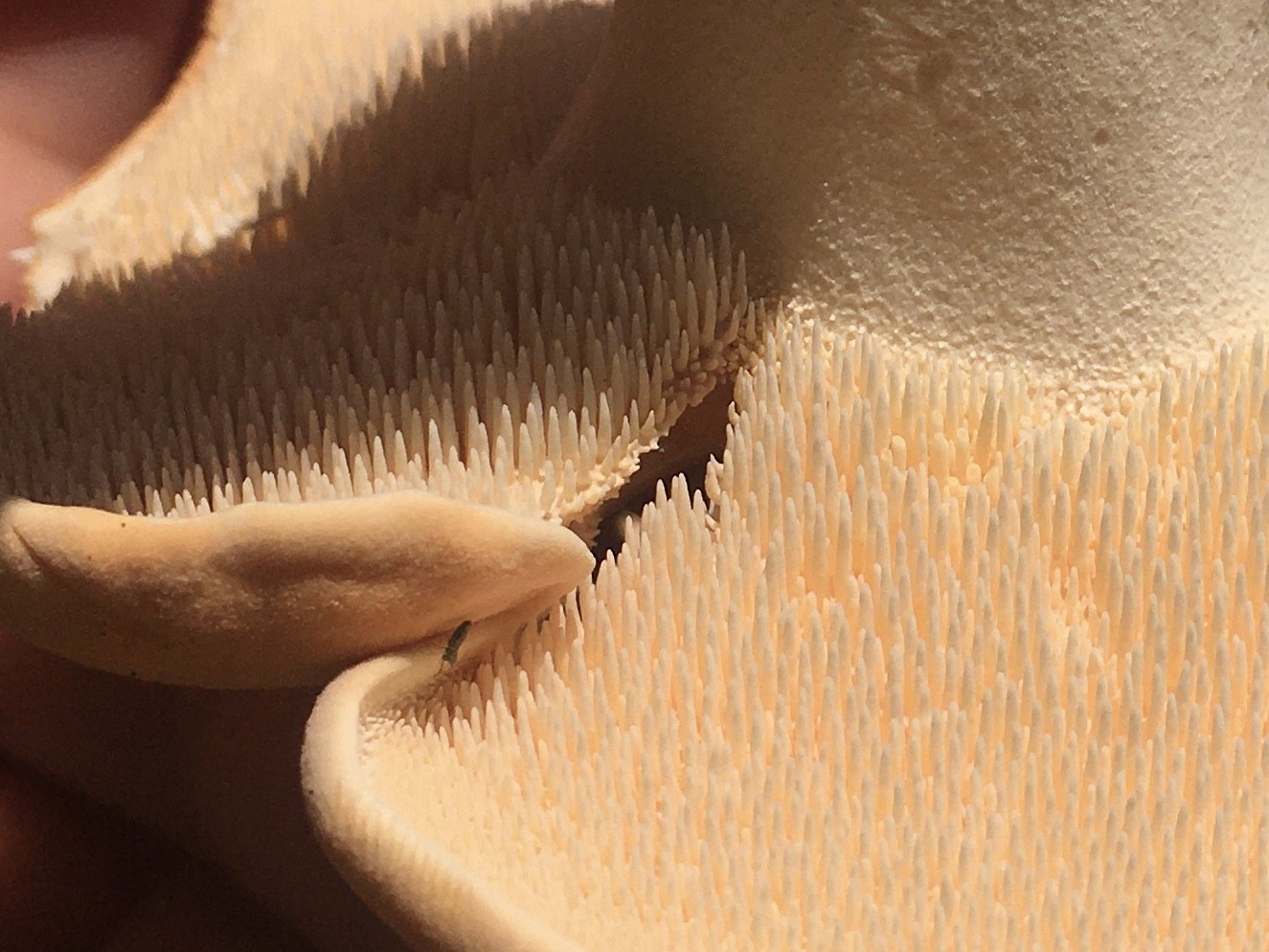 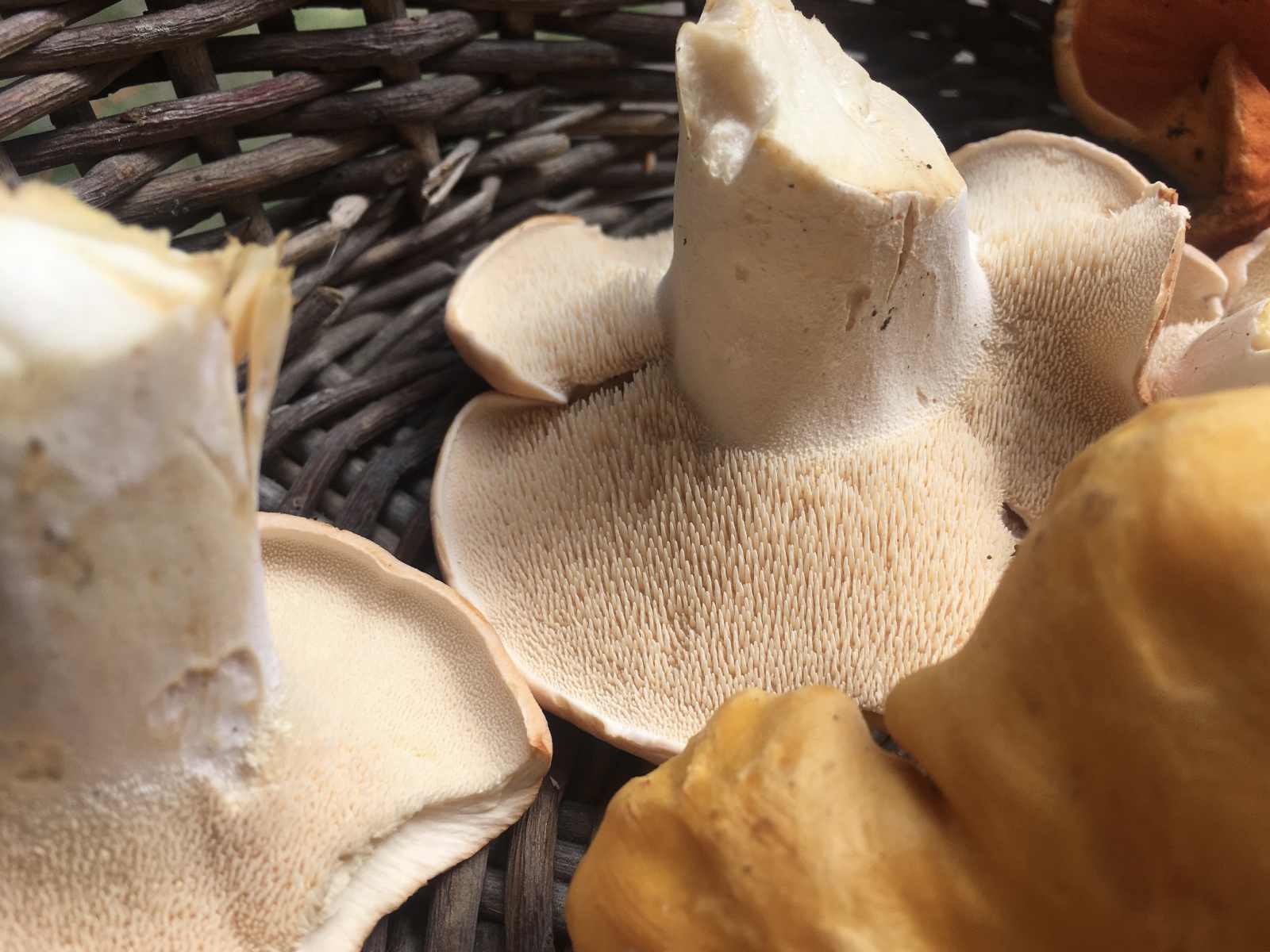