Yes, period. Sorry, but exclamation points don’t seem in order. This turning of the year is a bit too much like déjà vu to celebrate. I think you know what I’m talking about.

It was Sunday, the second day of deer camp. My daughter and I sat quietly in the stand for the second morning in a row, eyes and ears straining for signs of life.

This garage is a mess. As usual.

You don’t need to be told how horrendous 2020 was. We all lived through civil unrest, a hundred-year pandemic, a spiraling economy— all in an election year, no less. We complained, we laughed, we shared memes. We clung to anything to get us through, including a shared belief that 2021 could only be better.

Here we are, and I don’t feel any different.

Do Something New - Essay

I’m not a new-year’s-resolution person. Rare are the times I am moved to state such aspirations formally, and rarer yet are the years when they survive to see the next changing of the calendar. Still, I will frequently look back on the past 12 months as that milestone approaches each year. My reflections have been more rewarding than usual this time around.  END_OF_DOCUMENT_TOKEN_TO_BE_REPLACED

It was supposed to be a good year for fall colors. And it would have been, too, if the wind hadn’t been so diligent at teasing the leaves from their branches as soon as they ripened. END_OF_DOCUMENT_TOKEN_TO_BE_REPLACED

Waking up somewhere cold and hard is not an occasional occurrence for me. Just a few weeks ago, I took my first solo trip into the Boundary Waters Canoe Area as the snow and ice receded from the landscape. Earlier this year, I slept a night on the ice of Lake Mille Lacs while I explored a lake that is still big and new to me. A couple months before that, I endured one late-October night (in a slightly leaky tent) while I tried my hand at netting whitefish in far northern Minnesota. I was fortunate enough to catch a modest number of fish each time, for which I was grateful, but everyone knows there are easier ways to bring food home for the table. So what makes me embrace physical exertion and discomfort doing these or any such things?

END_OF_DOCUMENT_TOKEN_TO_BE_REPLACED 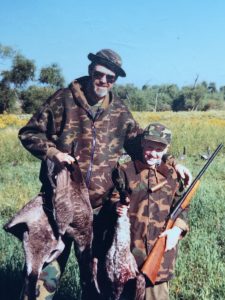 My dad’s friend Larry was a staple of my formative years, a regular presence in our hunting endeavors in the late 80s and early 90s. His light, contagious demeanor was always welcome, and I won’t soon forget how his jokes and wise cracks punctuated the many car rides, duck blinds, and nights in the camper, not to mention his deft incitement of near-inappropriate moments at home and in the narthex of the church. I can still hear his crazy, half-wheezed, unfettered laugh, and I know I always will.

He passed away last week, after a years-long tussle with cancer; this news was not unexpected, certainly, but its inevitability did not serve to mitigate its impact. His loss comes as yet another blow to constancy, a cold chipping away at my sense of youth and connection to the past. So it goes whenever a part of us seems gone forever and can only be kept alive in memory and stories. For me, it would be hard in this moment not to pause and remember the others that have gone on ahead.  END_OF_DOCUMENT_TOKEN_TO_BE_REPLACED

On an early spring morning this year, I was attending a dress rehearsal for a performance of Mozart’s Requiem mass, one of his most recognizable and beloved works, and a perennial favorite (Ironically, Mozart left it unfinished when he died at the young age of 35, and much of the music wasn’t actually written by him). There I was, sitting in a church pew and watching the fast-passing altostratus clouds through a window high overhead, when the orchestra and choir started the Lacrimosa movement. I was utterly blindsided. The sight of cottony clouds streaking across the blue set to the soundtrack of a true master was profoundly and inexplicably moving. It was the kind of moment that makes a person gasp, and its abrupt arrival magnified its effects on me at least threefold. It was an unexpected moment of beauty that would change the whole week to come. END_OF_DOCUMENT_TOKEN_TO_BE_REPLACED

The sun is going to win. I keep telling myself that lately. Our source for heat and light has never failed us, and deep down we all know it. Actual spring will come, followed by hot sweaty summer. We know this. But right now, smack in the middle of April, as most of Minnesota is in the grip of a full-blown blizzard and I’ve already cleared 7 inches of snow from the driveway, it’s almost impossible to believe.

The last few days I spent outside, I couldn’t help but notice how powerfully the sun warmed my skin and clothing compared to the way it didn’t a few weeks ago. Earlier this week, as I sat atop the ten inches of crusted snow that sat atop almost three feet of solid lake ice, the sun played peek-a-boo with the help of passing clouds. When the shadows came over me, the wind picked up and I put another layer on. When the sun came back out, my black jacket became unbearably warm and it came off again. That never happens in January. I reflected on how much more intense the sun’s rays have become, and how the ice I was fishing through will ultimately have to yield. Cognitively, I knew spring will eventually win out despite this seemingly endless winter we are having. 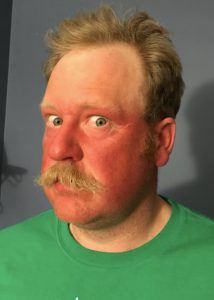 What I did not know was that the sun’s ever-stronger rays were bouncing off the snow and giving me an atomic-grade sunburn. It’s the worst one I’ve had in almost twenty years, maybe longer. The only consolation has been the moment of levity I seem to bring to everyone I’ve seen in the last 3 days.

Now, I have never been a lover of the sun. I have never in my life sought to be in the sun just for the sake of it. My pasty skin needs extra protection, not extra exposure. In the summer (and from now on, in April too) I try to have a hat with a lot of brim available for sunny days, and I try never to go anywhere without sunscreen. I try really hard not to let the sun come near enough to hurt me. I mostly hope for cloudy days and shade trees everywhere I go. But I have never wanted so badly as I do now for the sun to give us some quality time. And I will be ready for it… as soon as I’m done clearing the next 7 inches of snow off the driveway in the morning. 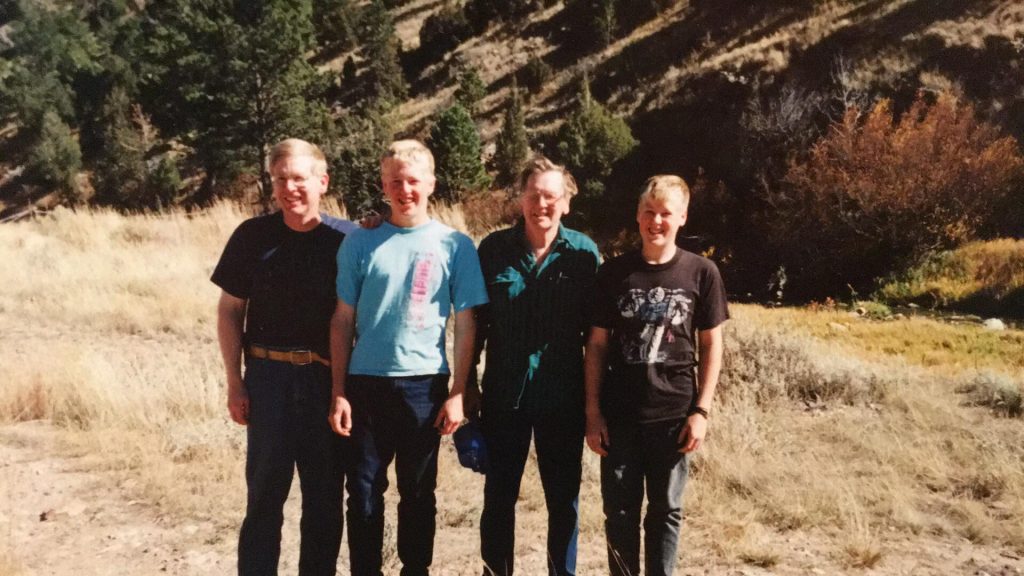 What makes the most memorable moments in our lives, the landmarks that will never be forgotten? The scrapbook in my mind naturally opens itself to the pages where the highlights are, to the stories that are told most often, and to the mental snapshots that were forever burned into place. Sometimes those are the big things, sometimes they are the traumatic things, but quite often, they are the “firsts:” first date, first week away at camp, first job, first apartment.

As hunters, we are known to celebrate all the big firsts: first hunt, first deer, and so on. One such memory for me is the day I killed my first duck. END_OF_DOCUMENT_TOKEN_TO_BE_REPLACED